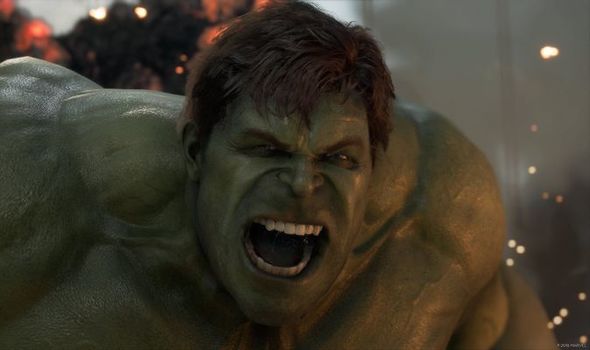 The Avengers update 1.3.3 is available to download on PS4, Xbox One and PC. The patch will hit Google Stadia at a later time.

According to the update 1.3.3 patch notes, the new download introduces Tachyon Rifts and SHIELD Substation Zero to the Avengers Initiative.

Substation Zero is described as a space that offers new narrative, characters, and content.

You can find SHIELD Substation Zero in the Pacific Northwest on the WAR TABLE. Players can use it to investigate new temporal anomalies that have begun forming across the world.

Players can also unlock Cosmic Gear by completing Tachyon Rift missions, which rotate daily. To access the missions, players must be at 140 Power Level or higher.

Essential improvements include better companion AI. Teammates will now assist players when they need to be revived.

The developers have also added the ability to preview cosmetic vendor items, as well as extended the pickup radius for reward drops.

You can see the Avengers update 1.3.3 patch notes below…

• Remote faction terminals have been added to outposts, which allow collection of faction assignments and villain sector bounties without the need to visit each faction coordinator in person.

• Closed Captions will no longer be automatically display in cinematics when subtitles are displayed.

• Movement speed increased in outposts when in Avengers Initiative

• AI companion improvements, including assistance when player needs to be revived.

• Improved Mega Hive rewards. They now are guaranteed to give two exclusive exotic gear items and an increased amounts of upgrade modules upon completion.

• Implemented a fix that will retroactively grant Iron Man’s iconic outfit for players who previously lost it due to a bug.

SHIELD has opened Substation Zero to investigate new temporal anomalies that have begun forming across the world.

A space that offers new narrative, characters, and content, you can find SHIELD Substation Zero in the Pacific Northwest on the WAR TABLE.

You’ll investigate the temporal anomalies by taking on the new Tachyon Rift missions, which are the first place players can get Cosmic Gear.

The Tachyon storm will damage players over time, but charges Heroic energy at an increased rate. With the “Meridian” modifier active, players can pass through Temporal Anomalies to extended the time you can spend within a Tachyon Rift.

A late-game offering, Tachyon Rift Missions require 140 Power Level or higher Super Heroes to play. These missions are available once per day and rotate out daily.