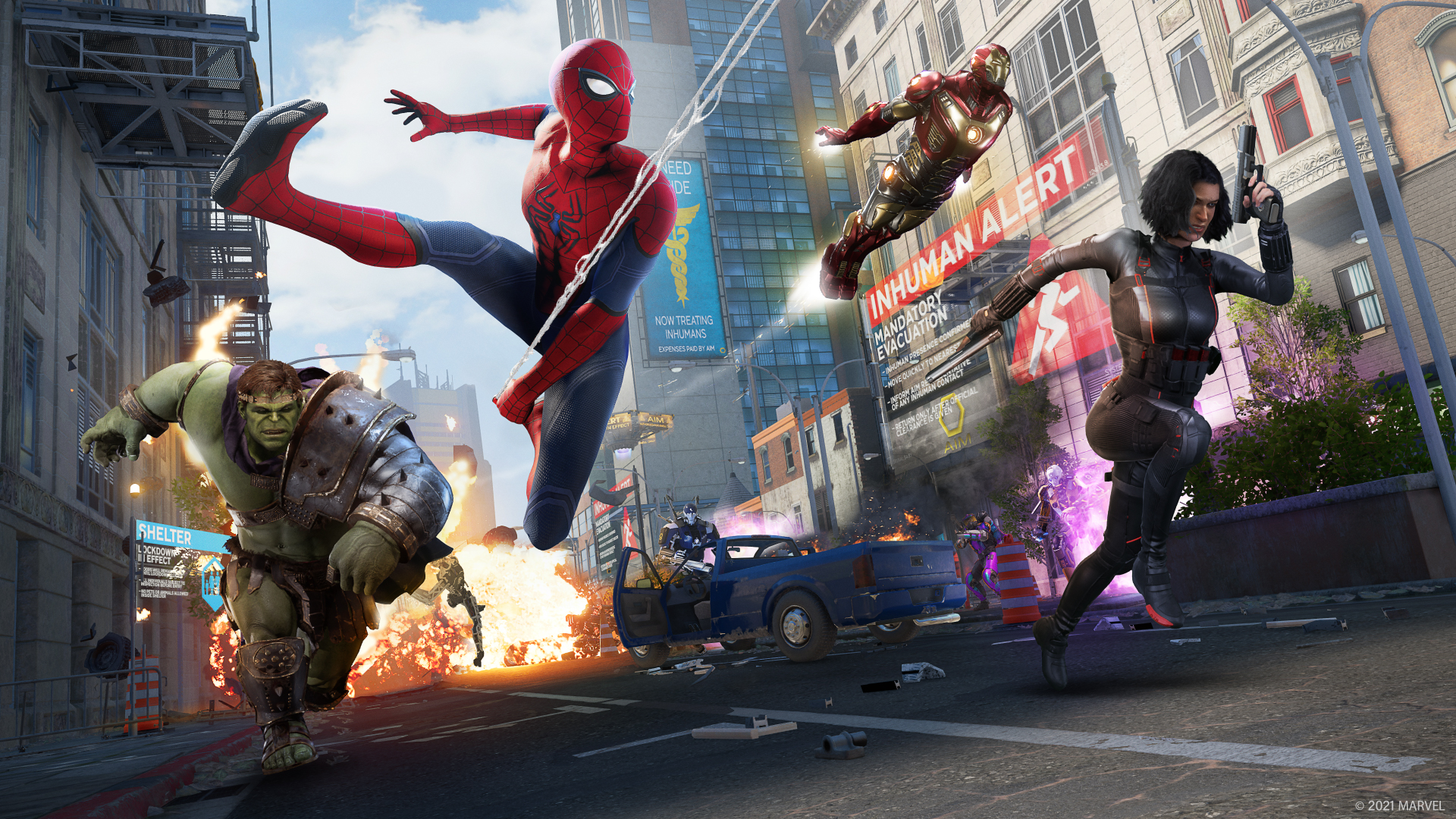 As the big November update gets closers, Crystal Dynamics has shared a proper look at how Spider-Man will play in Avengers.

Spider-Man will finally be arriving as the next playable character in Marvel’s Avengers on November 30. While fans were treated to a cinematic trailer revealing the character’s look and voice, there has yet to be any actual gameplay footage.

We’ve been able to get a first glimpse at Spidey’s gameplay and combat abilities, courtesy of developer Crystal Dynamics, and he looks to be the most agile addition to the playable roster so far.

Aside from some nimble looking attacks, he can launch enemies and immediately continue his combos mid-air, while many of his moves can trap enemies in webbing.

He can web-swing through the air, crawl and run along walls, and use his webbing to pull enemies towards him. He seems to play quite similarly to how he does in Insomniac’s PlayStation 4 game, even though it’s an entirely different version of the character.

As an added bonus, Spider-Man’s missions will be available from the get-go. So, if you’re a new player who’s only just picked up Avengers, or is planning to buy it once Spider-Man’s in the game, you won’t need to have cleared the campaign or anything else to access him.

The other main addition to the game come November 30 is the Klaw raid, which looks to be one of the most challenging encounters in all of Avengers. Following on from the events of the War For Wakanda expansion, Wakanda itself is now under threat from the supersonic supervillain Klaw, requiring the Avengers to work together to stop him.

The raid is described as endgame content, meaning you and your fellow players will need to have the best possible gear and have your heroes be at an extremely high level to stand a chance.

Rather than just consist of a simple battle against Klaw himself, you’ll need to traverse through entirely new areas, filled with enemies (including some brand new ones) and solve co-op puzzle rooms to eventually reach Klaw.