Home » News » Assassin’s Creed Valhalla Wrath Of The Druids Walkthrough: How To Complete The Northern Reach

Assassin’s Creed Valhalla Wrath Of The Druids Walkthrough: How To Complete The Northern Reach

The Northern Reach is the next main quest in Assassin’s Creed Valhalla Wrath of the Druids after Into the Fog. While it’s not quite as long as the previous mission, it is pretty action-oriented and can be tough at times.

This quest is quite similar to War Efforts from earlier in the story in that completing it involves embarking on three much more insular quests. Finishing all three will mark the overall quest as complete and allow you to progress to the next part of Wrath of the Druids’ main narrative.

So, whether you don’t know if you should side with Barid or Flann Sinna or are struggling with completing the pigeon coop requests, look no further than our detailed Assassin’s Creed Valhalla Wrath of the Druids The Northern Reach guide.

Wrath Of The Druids Walkthrough: How To Complete The Northern Reach 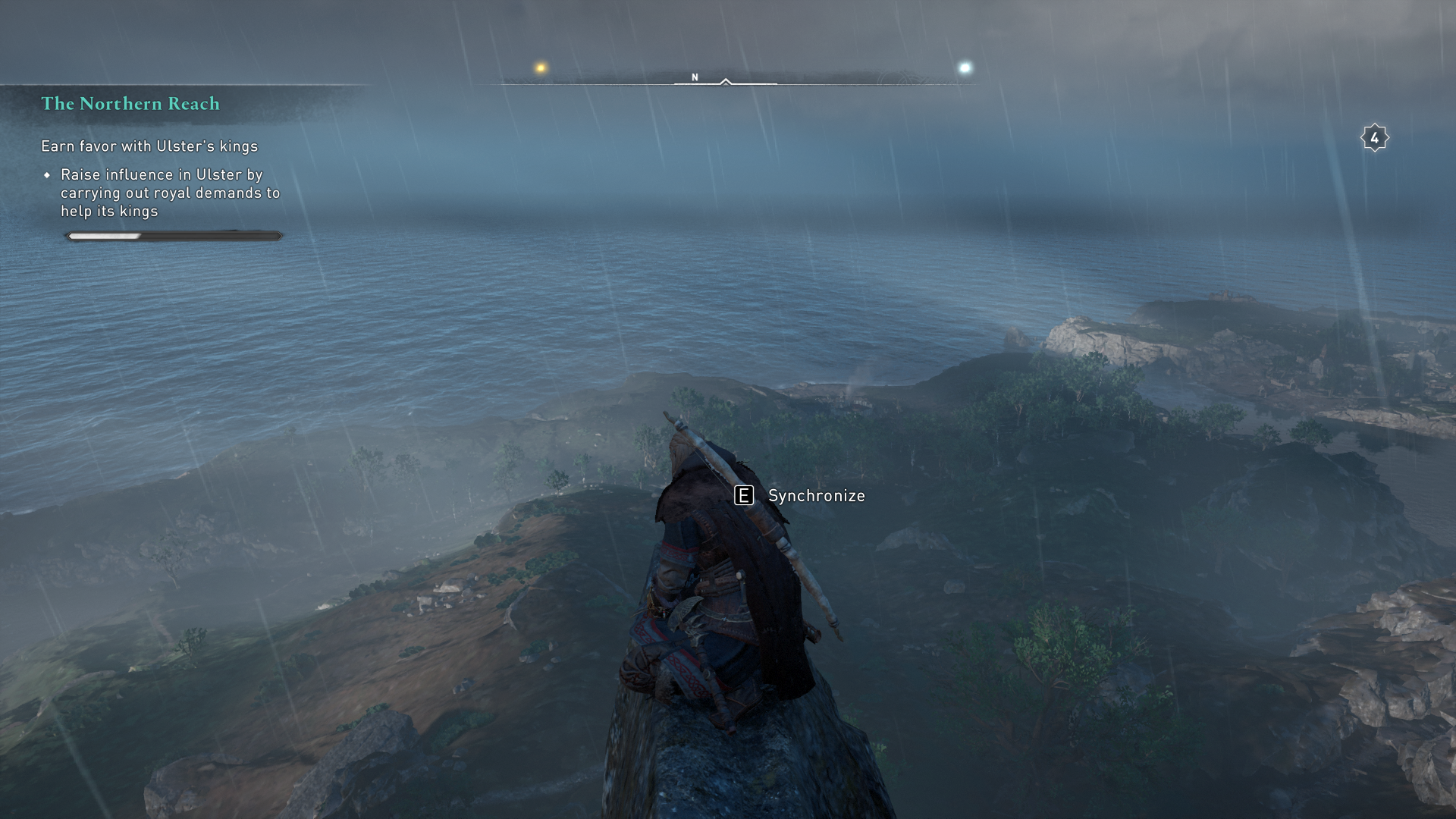 The first thing you need to do in The Northern Reach is make your way to the quest marker in order to reconvene with Flann Sinna. When you arrive, a letter will come from Aileach offering peace between the warring kings. Flann Sinna distrusts this offer and wants to go on the offensive, but Barid counsels him to at least send an emissary on his behalf prior to waging war.

You can side with Barid, side with Flann Sinna, or remain neutral. I sided with Barid and had no bad consequences, so I recommend doing that. To be honest, the next part of the quest seems as if it is mostly unaffected by your choice here anyway.

After the cutscene, head to the pigeon coop marked by a quest marker and accept three minor quests, just like you did during War Efforts earlier in the story. I would advise you to start with the nearest one, which is highlighted by the most southwesterly quest marker. Before moving on to the second one, look at your map and put a custom marker on the synchronization point. This will unlock a convenient fast travel point as is on your way anyway, so ignoring it will only lead to frustration later on.

The second and third quests are right next to each other and involve little more than basic bandit killing. Remember to check the King’s Pleas – bonus objectives like “take no damage” or “don’t get detected” – and you will be able to obtain double the amount of supplies upon completion.

For the second quest, you need to find three targets and will be punished for non-essential kills. Two of these people are between the front of the town and the center – they will have a green circle marking their location if you use Odin’s sight, so remain hidden and keep searching for them in order to complete the King’s Plea. The third one is at the back of the town, tucked neatly into the most northwesterly corner. Remember to confirm your kills by interacting with the bodies after killing them or else the objective won’t be marked as complete.

The third quest is easy, as you can opt to completely avoid combat if you want. Simply approach the stronghold from the back and scale the wall. If you’re stealthy and use Odin’s sight to locate your target, you can just jump onto the battlements, sneak over, pickpocket him, and leave without fighting anyone. The next quest is Courting The Kings.