Home » News » Assassin’s Creed Valhalla Wrath Of The Druids Walkthrough: How To Complete A Scourging Of Snakes

Assassin’s Creed Valhalla Wrath Of The Druids Walkthrough: How To Complete A Scourging Of Snakes

A Scourging of Snakes is the next main quest in Assassin’s Creed Valhalla Wrath of the Druids after The Wages of War and the second-last mission in the expansion’s core story.

This will see you finally meet Abbot Eogan after learning of the conspiracy that led to Barid’s death earlier in the story. This a very long and action-oriented mission, so be sure to spend any skill points you have accrued prior to embarking on it.

Once you’re ready to go, set A Scourging of Snakes as your active quest and read on to find out exactly what you need to do to finish it. Whether you’re stuck midway through the raid or can’t seem to find Abbot Eogan’s location, this Assassin’s Creed Valhalla Wrath of the Druids A Scourging of Snakes guide has you covered.

Wrath Of The Druids Walkthrough: How To Complete A Scourging Of Snakes 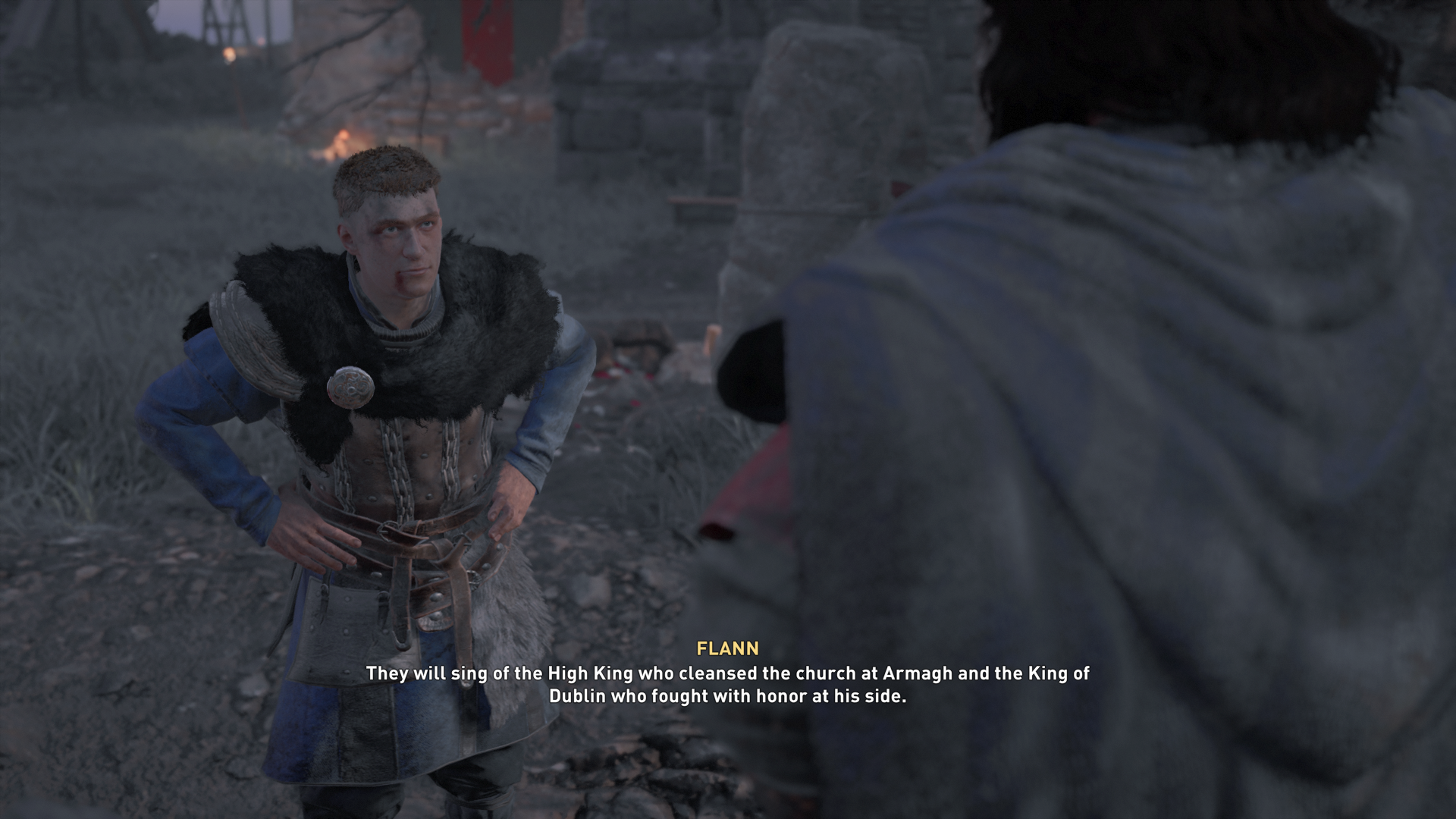 Your first objective in A Scourging of Snakes is to head back to Flann Sinna after killing The Seed. He will be highlighted by a quest marker, so you shouldn’t have too much trouble locating him.

Once you’ve reconvened with Flann Sinna, tell him you are ready to start the raid on Armagh. This will bring you straight to the battlefield, at which point it’s time to start taking on Eogan’s army. You’ll start outside the main wall, so kill everyone here and make sure to blow up the archers on the battlements by shooting the explosive barrels next to them. After you’ve cleared the first area of enemies, climb up over the wall in order to drop down the other side and open the gate for Flann Sinna. As always, all you need to do is hack the locks off with your weapons.

Once you’ve completed this part of the quest, you will get a new quest marker highlighting where you need to meet Flann Sinna. This is at the inner gate of Armagh. Kill the enemies here and progress through the gate. In the next area, scale the wall and open the gate from the other side by employing the same hack-the-locks-off tactic from before. This will allow Flann Sinna to rush in, although there are enemies lying in wait to ambush you. Take them out and continue pressing forward. When you reach the church, force open the door with Flann sinna.

Eogan is inside with two bodyguards. None of them are particularly formidable enemies, so take all three of them out and watch the cutscenes that follow. The next and final quest in Wrath of the Druids is The Cost of Betrayal.