Home » News » Ashley Madison: Affairs in the time of coronavirus

Ashley Madison: Affairs in the time of coronavirus

Ashley Madison‘s tagline has taken on a new ring amid the COVID-19 pandemic — “Life’s short. Have an affair.” And the “married dating” site, used to conduct clandestine affairs, has found itself in the midst of a boom.

Despite the fact that it’s harder than ever to physically meet up with a fellow cheater, Ashley Madison is seeing a surge in users. Some are just looking to chat with someone other than a spouse, some are seeking emotional validation or the fantasy of pursuing a secret sex life. Ashely Madison says it has a trove of data on how people behave, like how the site gets more signups on Mondays.

The company became a household name in July 2015, when hackers stole data on 32 million cheating spouses. The leak of sensitive data led to spouses discovering that their significant others were cheating. Divorces, breakups, and suicides ensued. The hackers also exposed that Ashley Madison used bots posing as attractive young women to lure men into engaging more with the site.

The company says it has since beefed up its security and rid itself of the bots. And now it’s more than double the size it was at the time of the hack, with over 65 million members last year. During 2019, the company added 15,500 new members a day. More recently, in the midst of the COVID-19 pandemic, it’s been adding 17,000 new members a day.

I recently talked with chief strategy officer Paul Keable about all this. He started at the company in 2013, took a break after the hack, and returned in 2017, so he’s seen it come back from the dead. We talked about investments in video and security innovations, as well as the psychology around affairs.

Here’s an edited transcript of our interview. 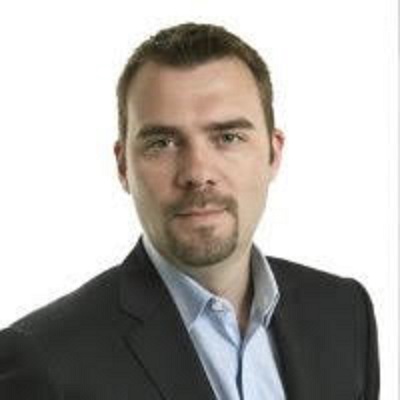 Above: Paul Keable, chief strategy officer, has been at Ashley Madison for six years.

VentureBeat: What’s happening with the popularity of Ashley Madison during the coronavirus?

Paul Keable: We’re continuing to see strong interest. If you step away from the initial shock of what’s come upon us, we see that places like us are likely to have value. The reason to join us is there are fractures, often, at home, and those are going to be amplified, dramatically so, if you’re under quarantine or in working from home situations with your spouse and not having a respite from going into the office and being away. People are going to look at this as an outlet, even if it won’t be a physical interaction, at least in the short term. But having someone to talk to who’s having similar feelings is going to be a relief, and it’s potentially going to be of value to a lot of people who are experiencing that.

VB: What is the way you explain the existence of Ashley Madison for folks? Why is there demand for it, and why does it make sense to do it in the way you do?

Keable: In the early 2000s, our founders saw something that really lit the proverbial lightbulb. Up to 30 percent of the profiles on these matchmaking sites were actually married people pretending to be single. That indicated to them that clearly there was a market for this. They created a place where people could be a little bit more honest in terms of what they were looking for, and meet similar people.

The traditional dating sites certainly don’t want married people on their sites pretending to be single. That makes for a bad experience. We created Ashley Madison, launched on Valentine’s Day in 2002, and now we’re in 50 countries and 19 languages. It’s our belief that monogamy is not everything we were told it was. We were told it was a lot of different things, but it doesn’t work for a segment of the population. It’s not for everyone.

We often hear from our members that they love their spouses, they love their families and the situation they’re in, but there’s something missing. Often it’s a physical component, from an intimacy standpoint. By seeking an affair discreetly, they’re able to maintain all the aspects of life that they value and enjoy. We’re traditionally told to either suck it up and live without the thing that you want, or get a divorce and give up everything you want in search of just one thing. We’re creating a third path for people, and clearly, with everything we’ve been through nearly 20 years later, 17,000 people joining every day, we’re making a mark and establishing a space for ourselves.

VB: What is the monthly active number now?

Keable: I pulled up the last three days, because so much has changed. I wanted to see what our daily signups were like. We’re averaging more than 17,000 new members a day. In our 2019 report, we averaged 15,500 new members every day. It’s a little bit up over our daily average last year at this point in time, so that’s interesting. We’ll continue to monitor it and see how the current situation we’re facing impacts the business one way or another. 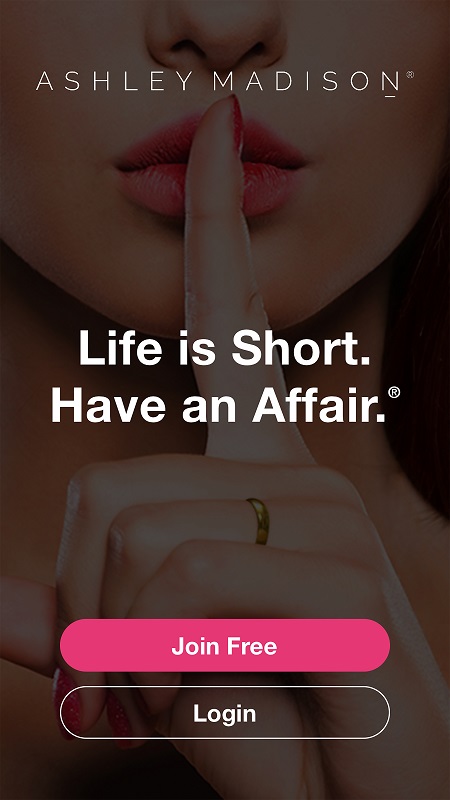 VB: Do you disclose any larger numbers?

Keable: We reached 65 million members in 2019. That’s a total amount of membership joined since launch in 2002. We signed up about 5.6 million new members last year. It showed steady growth over the course of the year, and we continue to see that number grow in 2020. We’re going to be looking at a lot of different things about how the core business operates in the next short period of time, but I think the core story is that as people look to the value of monogamy, a certain segment of the population is always going to see value in a place like Ashley Madison. We’ve seen that we’re the number one married dating website in the world by leaps and bounds.

VB: When you had the hack, what was the consequence of that? Did users disappear for a while, or did you shut down for a while?

Keable: Obviously that brought our numbers down, but even during the worst moments of that period, we were signing up more than 100,000 people a day. The massive spread of media coverage–a lot of those people were signing up just thinking, “What is this, is this for real?” But we also saw revenues jump during that small time frame.

As we moved into 2015 and looked inward, we considered what we needed to do to repair the trust we’d lost with our members. We put forth a plan that took 18 to 20 months to execute in terms of understand what we needed to repair, what we needed to build, where we needed to build. Obviously that started with acquiring a whole new security team to look at how to change the technology, the software suite, and how people view security from a business standpoint. Those changes have really started to show the value that we’re offering in a bigger way. That’s part and parcel of the reason why our daily average numbers have continued to grow year over year. We’ve shown that our business has been treated seriously. We listened to what our members needed. They’ve started to trust us again, and that’s the important message about that.

VB: I recall there being a lot of controversy around bots during the hack. Did something change in that case?

Keable: Ruby, our parent corporation, when they purchased Ashley Madison in 2007, found that program did exist at the time. By 2013 we had already begun to shut down that program. We turned it off in Canada, and then in Australia in 2014. We were working systematically to shut it down and improve the tech stack for our platform. Unfortunately, obviously, what occurred in 2015 exposed that program and made it look a lot worse than it was. As soon as we shut it down, we still continued to grow from a membership standpoint. It wasn’t a big part of our business, and that’s part of the reason we needed to shut it down. That’s why we also, in our original membership report from 2017, we brought in Ernst and Young to verify the numbers and verify that the whole bot program did not exist.

VB: How much of your growth is organic versus advertising? Where do you do advertising, if you do some of that?

Keable: The vast majority of our traffic is organic. Part of that, I think, is because our brand recognition goes beyond our size. There’s a whole Simpsons episode about Ashley Madison. Hollywood has made movies where we’re central to the plotline. Jennifer Garner and Adam Sandler were in a movie called Men, Women, and Children, and there’s a whole storyline about Ashley Madison. We punch above our weight. That helps drive the organic eyes. When someone is looking for an option, they’ve likely heard of us. They read stories about us in publications. It answers a question they’ve been asking themselves if they haven’t heard about us. “Wait a minute, what about this?”

In terms of where we can advertise, there are limitations, which is interesting. Places like Facebook and Twitter won’t let us advertise. I find that really egregious in the case of something like Facebook, because they’re in an anticompetitive situation. They run their own dating site, which is run separately from the main Facebook platform, but there’s a connection. I can sign up for an account on the dating platform, and it won’t show my profile to anyone I’m friends with, which means that if I’m friends with my wife’s friends, they won’t see it. It doesn’t display my marital status. It’s the opposite of what a traditional dating site should be doing. But at the same time, they block us, but let other dating platforms advertise. Most of our stuff, we have to find publishers that are comfortable with the content. We’ll do different kinds of digital advertising. But most of it is online, from that perspective.

VB: A lot of what we write about is VentureBeat is around disruptive innovation. How do you think about that? Where do you feel you’re are on the leading edge?

Keable: I think we’re one of the most disruptive brands, quite frankly. If you think about the idea of disruptive brands in the economy–what we really did was disrupt the whole dating concept. Traditional dating has worked pretty much the same way for eons. There wasn’t a service out there that arranged for affairs with other married people. That’s something we really invented. We created a whole new industry. There are now brand competitors that are trying to mimic us, but they’ve never been able to reach our status, for a lot of different reasons. They don’t really understand the dynamic that’s at work within our membership.

We do look at ourselves as one of the original disruptors. People may not like that, given the space that we play in, but it certainly fits with regard to how we’ve approached telling our story. We didn’t do it in a quiet, subtle way, which I think, again, is what a lot of people would have thought was the right way to present our brand, to do it quietly. We try to get out there and be as loud as we can in a sense.

It’s not trying to convince somebody to have an affair. We want to show people what’s really happening behind the walls of Ashley Madison and in the world of infidelity. It’s often not what they’ve been told it is, or what they think it is.