Animal Crossing's Ver. 2.0 update is live a day early – but not Brewster's café 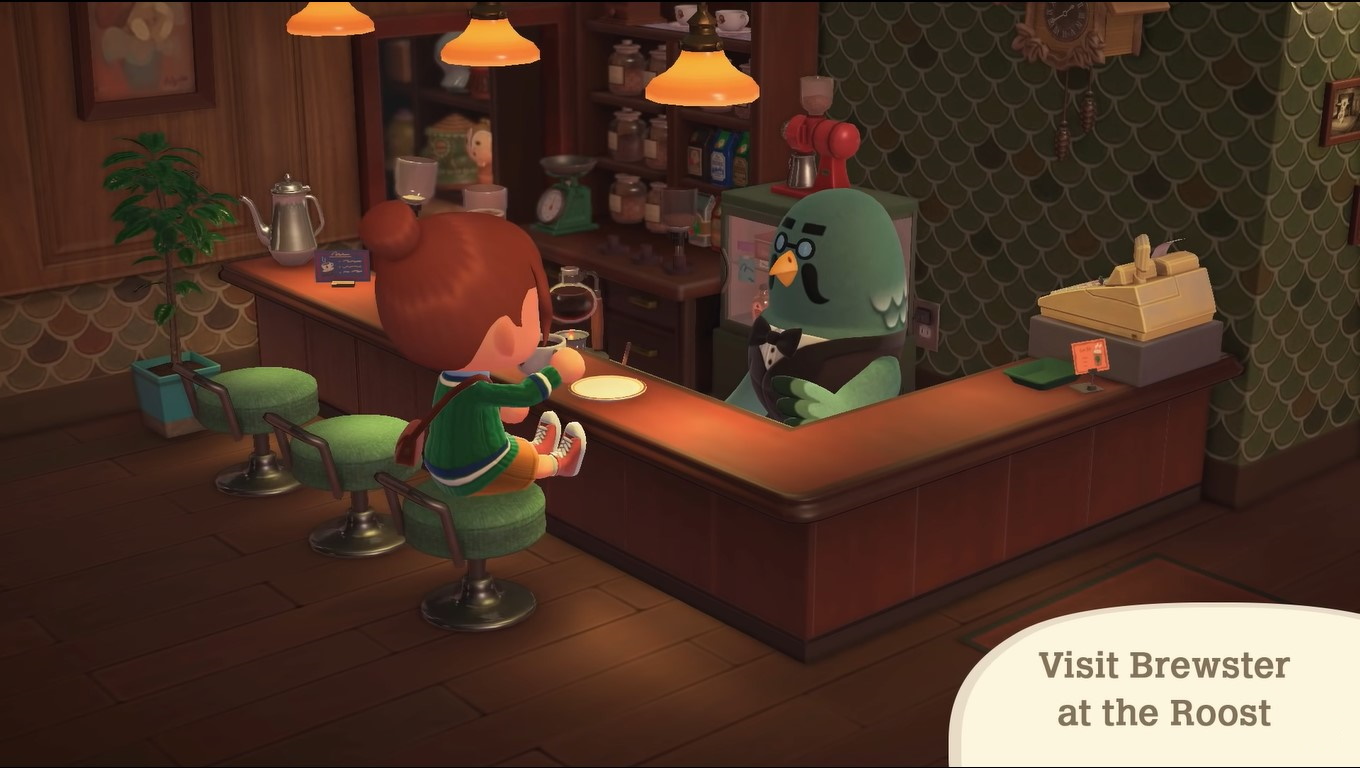 It wasn’t supposed to be out until Friday but the massive new update for Animal Crossing: New Horizons is free to download right now.

Nintendo fans learn very early on not to try and understand the logic behind the company’s decisions but how they’ve handled new content for Animal Crossing: New Horizons has been especially bizarre.

There’s been virtually nothing new for almost a year now and yet last month they announced a massive free update and a major paid-for DLC expansion – both of which are due out on the same day: Friday, November 5.

Except the update is already available today, so you can download it right now and take a boat tour with Kapp’n, expand your home storage, and learn to cook.

It really is a massive update, with new redeemable Nook Miles items, a group stretching activity at the town hall (with actual motion controls), and a new shopping plaza at Harv’s island that will take some time to expand to its full size.

What’s also not available immediately is what is arguably the most anticipated new addition: Brewster’s café at the museum.

How to get Brewster’s Roost café in Animal Crossing: New Horizons

Enticing Brewster the pigeon to the island involves collecting and growing gyroids, which is another of the update’s new features.

Gyroids are the weird musical talking plants (?) that have appeared in previous games but were originally only seen in New Horizons when building a bridge or slope.

You can now collect and grow a wide variety of them by visiting new uninhabitable islands via the boat tours offered by Kapp’n.

So if you want to get Brewster and his café up and running you need to first talk to Blathers at the museum and then pop down to your pier to speak to Kapp’n and go on a trip.

Given the way Animal Crossing works the whole quest to get the café is probably going to take several days but luckily the update offers a huge amount of other things to do at the same time.