Home » News » Animal Crossing: New Horizons – How To Get A Shovel

Animal Crossing: New Horizons – How To Get A Shovel

Empty-handed. That’s how you’ll start Animal Crossing: New Horizons. All you’ll have are the clothes on your back as you touch down on your island for the first time. After exchanging some cordial introductions with other villagers, Tom Nook and the twins will set you up with your very own tent and some simple DIY recipes. The recipes you’ll receive at the very start of the game include things like the flimsy fishing rod, a campfire, a leaf umbrella, and a net. The shovel, however, takes a bit more work. Here’s how to get it.

Once you’ve built your fishing rod, catch any five fish. Take those fish over to Tom Nook at resident services. Take out a fish, and show it off to Tom. He’ll then ask you if he can have the fish to send to his friend’s museum. You’ll be tempted to hoard your hard-earned fish in your tent until it starts to smell like an unfiltered fish tank. Don’t. Hand those fish over to Tom Nook. Once you’ve given him five fish (or bugs) you’ll unlock the museum tent and Blathers the owl, who works as the museum curator. 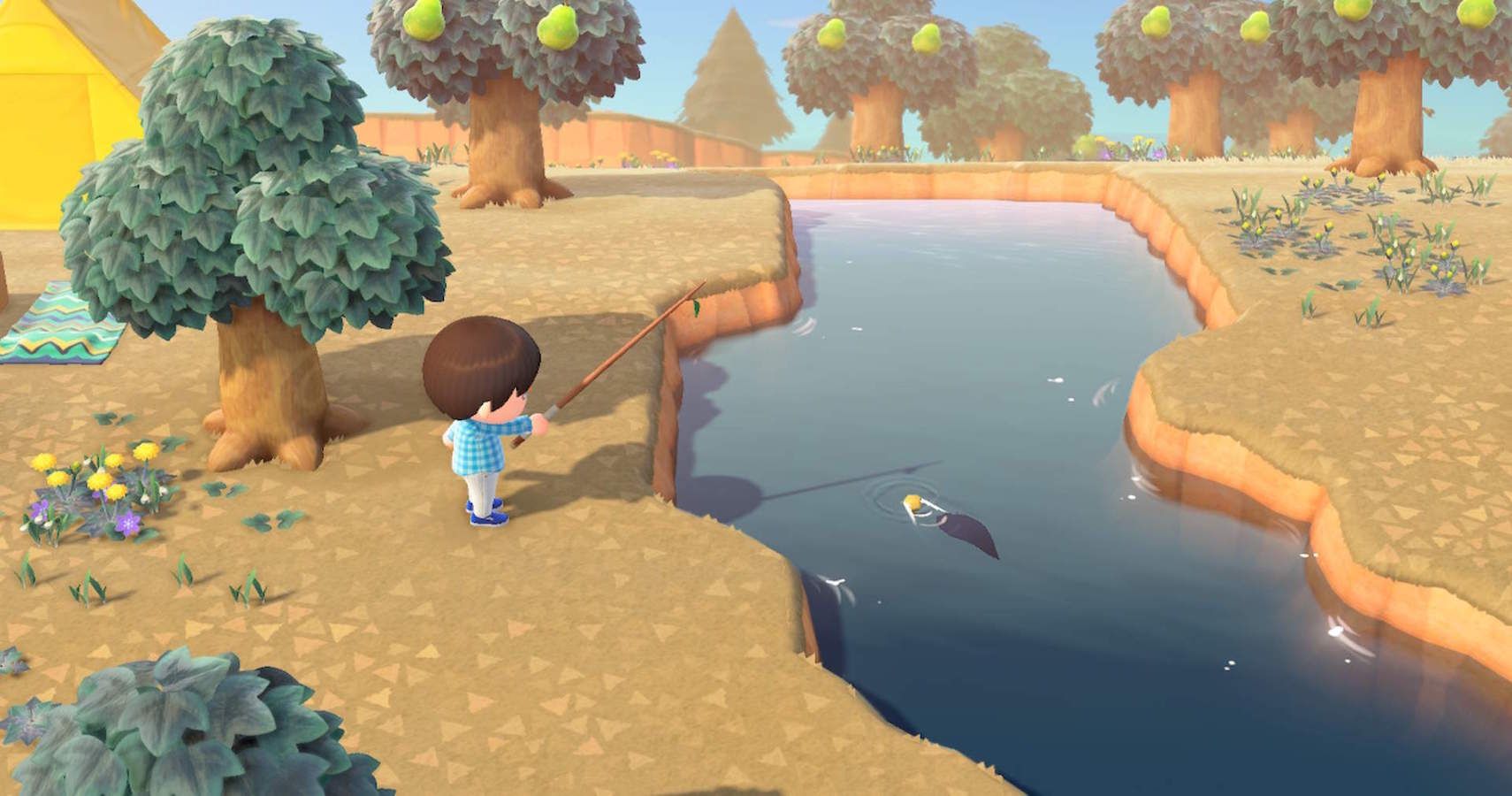 Blathers won’t appear in the tent until a day has passed. Go talk to him as soon as you get the chance. During your first discussion, Blathers will give you a DIY recipe for a flimsy shovel and the vaulting pole. 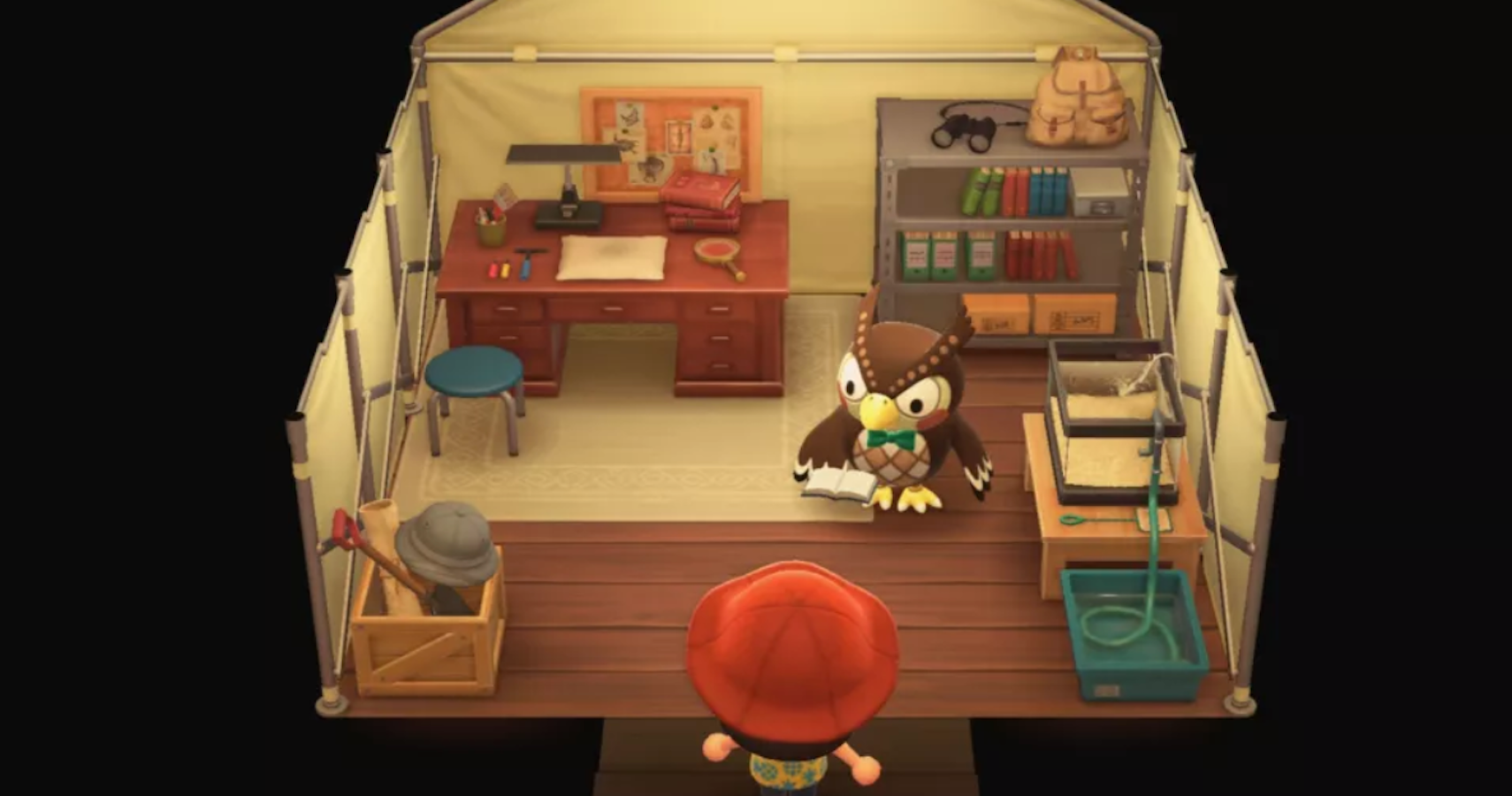 But you wanted a shovel, not a flimsy shovel. Flimsy tools work great, but they break relatively quickly with routine use. Luckily, any tool can be upgraded into a more durable version pretty easily. Once you’ve paid off your travel debt of 3,000 Nook Miles and taken out the loan for your first house, you’ll have access to Nook Plus Miles. 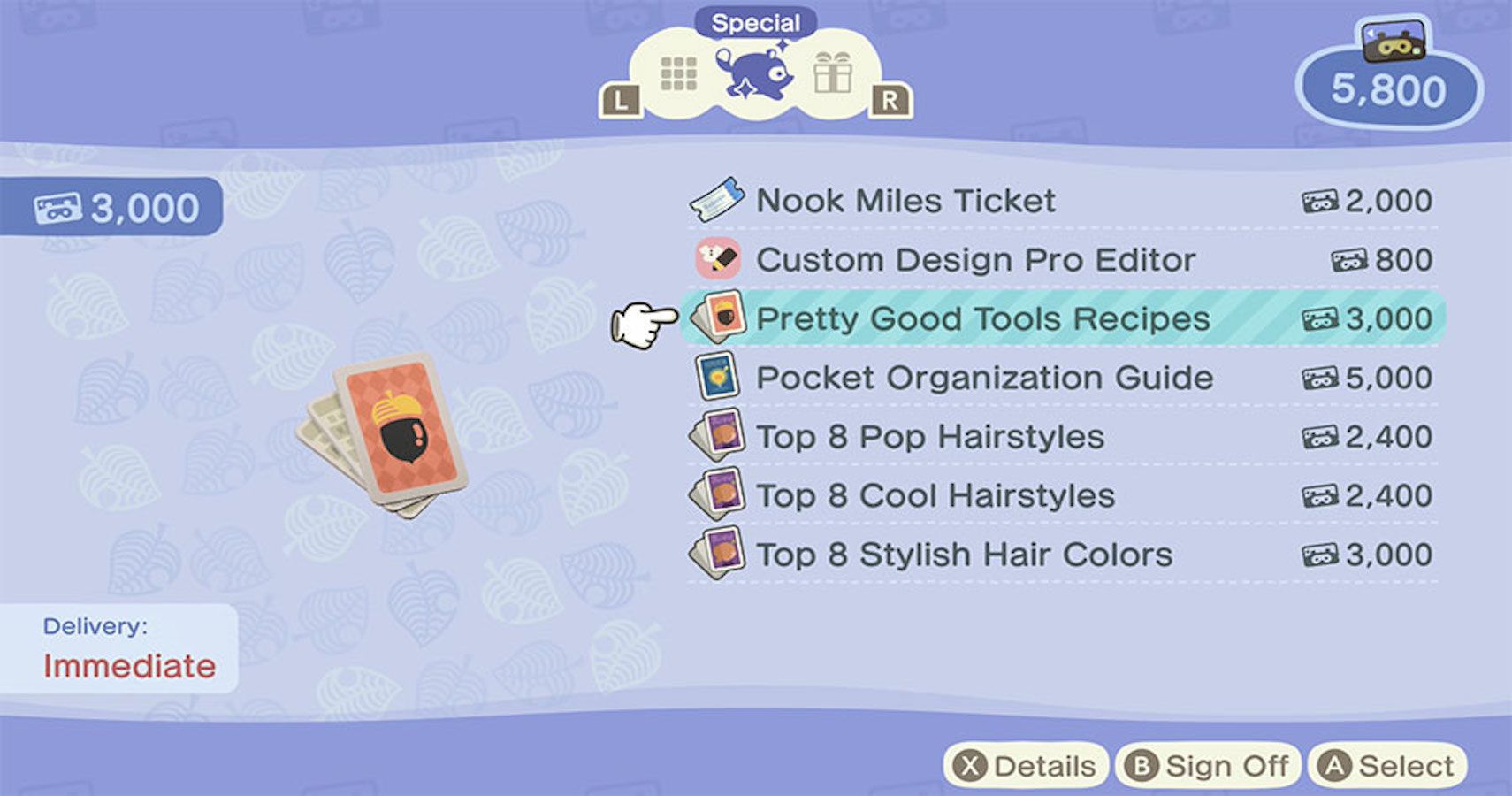 By completing daily activities, you can gather enough miles to buy the recipes for better tools in the Nook Stop terminal. Just go to the ABD and redeem Nook Miles. Purchase the “Pretty Good Tool Recipes” for 3000 miles. To upgrade the shovel, you’ll need the flimsy version of the tool and some iron. All that’s left is to head back over to your workbench and get crafting. Now you’ll have a durable shovel that can be used to dig up fossils, plant your garden, or remove tree stumps!