Ahh, fishing — one of the most wholesome ways to pass the hours in Animal Crossing: New Horizons. Cast out your line, watch the bobber gently swaying in the water, then slam on that “A” button as fast as you can so you don’t lose the precious cargo on the other side. Usually that cargo is something boring, but every now and again you’ll land something incredible like the Blue Marlin. Finding one yourself isn’t tricky, but it does take a bit of know-how. Here’s how it’s done.

You’ll first want to ensure that you’re fishing during the right time of year. The great Blue Marlin can only be found swimming in the waters between the months of November and April, and again between July and September. Thankfully it’s active all hours of the day, so you won’t have to do to much planning before you head out to the ocean. 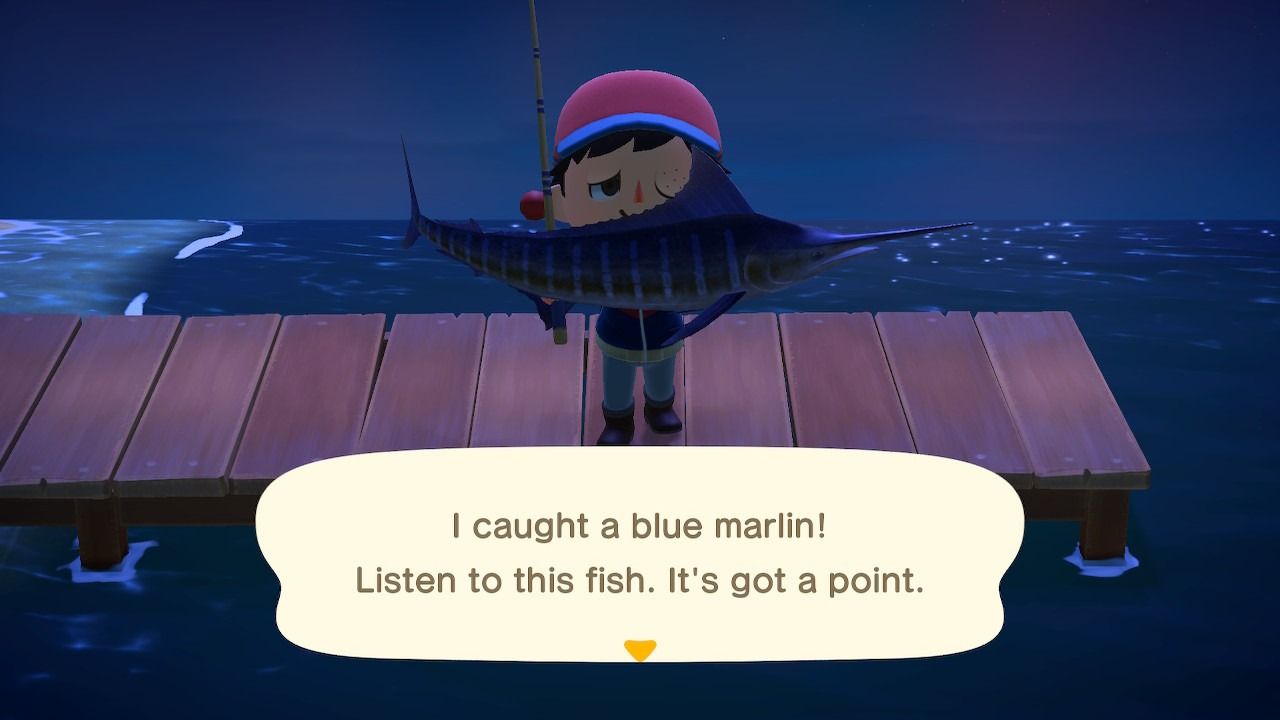 Fish don’t spawn too frequently around the Pier, making it a time-consuming process to even lay eyes on a single fish. To speed up the process be sure to bring along some Fish Bait. This item will draw fish to your location, making a random shadow spawn in front of you. With a full inventory of bait, you’ll have your own Blue Marlin before you know it. Even if you don’t hook one, there are plenty of other great fish that lurk around the Pier, so don’t get discouraged. The Blue Marlin sells for an incredible 10,000 Bells — but be sure to donate your first one to Blathers.

For more Animal Crossing: New Horizons content, be sure to check out our Hub Page!