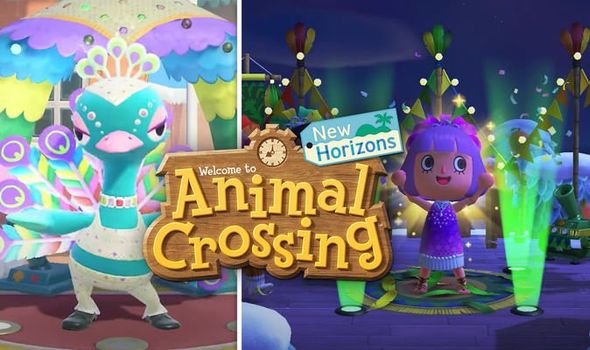 According to Nintendo, the update adds a little carnival spirit, as well as new seasonal items and in-game events.

Taking place on February 15, the Festivale event is said to be “filled with dancing and flying feathers”, as Dancer Pavé arrives on the island.

“Only on this day, players can capture colourful feathers floating on the island with their net and trade them to Pavé to receive a passionate dance number in return.

“Rainbow feathers seem to be an especially rare sight, so it’s best to catch them and trade them with Pavé. Players can invite friends over to their island or go visit to partake in the festivities together.”

Needless to say, Nintendo will also add a number of new reactions, costumes and seasonal items.

– To express excitement for the Festivale, the Viva Festivale Reaction Set can be purchased for in-game bells from the shelf at Nook’s Cranny for a limited time and includes the reactions Feelin’ It, Let’s Go, Viva and Confetti.

– Starting 1st February, Festivale costumes will be available at Able Sisters for a limited time, so that players can get their groove on in style.

– New seasonal items will be available at Nook Shopping. Players can celebrate the sentimental season with chocolate hearts and heart-shaped bouquets, which will be available for purchase beginning 1st February and running through 14th February.

– There will also be other items related to Lunar New Year and Big Game Celebration for certain periods during January and February.

Looking ahead, Nintendo has announced one or two things coming to Animal Crossing in March.

According to Nintendo, fans can expect another big new update to launch at some point during the month.

That’s on top of the brand new Animal Crossing Sanrio Collaboration Pack, which will be available for purchase at select retailers from March 26.