Surprising absolutely nobody at all, Animal Crossing: New Horizons has been an enormous hit in the U.K. It has in the rest of the world too, of course, but most importantly (for the purposes of this article) the Brits just can’t get enough.

With the world being in such turmoil just now, you can see how a good dose of Animal Crossing could be more welcome than ever. It’s the perfect time to escape into a bizarre little fantasy world full of anthropomorphic animals. Soothing vibes just ooze from this franchise’s every pore, and who wouldn’t want to get in on that action just now?

While we’re mostly stuck in our homes for the foreseeable future, we might as well pass the time with a bodybuilding pig in a pink sweater, a profiteering raccoon, a dodo pilot and every other strange inhabitant of this quirky life sim’s universe. When it was finally confirmed that an Animal Crossing outing was coming to Nintendo Switch, it was inevitable that the game was going to be a big deal. Even knowing this, though, it’s perhaps surprising just how much of an impact the game has already had. 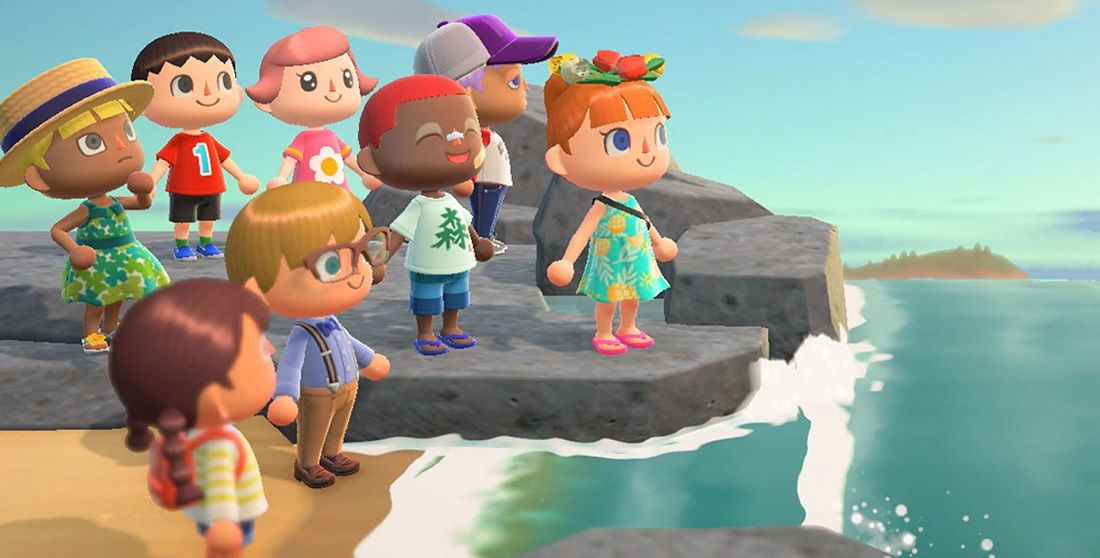 Sharing its release date with Doom Eternal, New Horizons stormed ahead to claim the number one spot in the U.K. physical sales chart (as reported by GamesIndustry.biz), leaving its far bleaker, more demon-limb-loppy rival to languish in second place. That’s an impressive achievement in and of itself (especially considering that digital sales aren’t included and Animal Crossing lends itself so well to digital), but here’s the real kicker: the game has also enjoyed the most successful Nintendo Switch launch the system has seen yet. Only Pokémon Sword and Shield’s combined sales have topped it in the U.K.

Considering the caliber of some of the titles in the Switch’s library, that’s astonishing. There’s even more to it than that, though: within the Animal Crossing franchise itself, New Horizons has hit dizzying new heights. The 3DS’s Animal Crossing: New Leaf was the previous most successful entry, but the new Switch title’s launch has been 3.5 times more successful. As data from other regions and download sales come in, we’ll get a broader picture of just how well the game’s performing around the world, but it’s safe to say that Nintendo has another enormous hit on their hands.