Abandoned PS5 trailers app launches this week, and the Kojima Silent Hill rumours are back 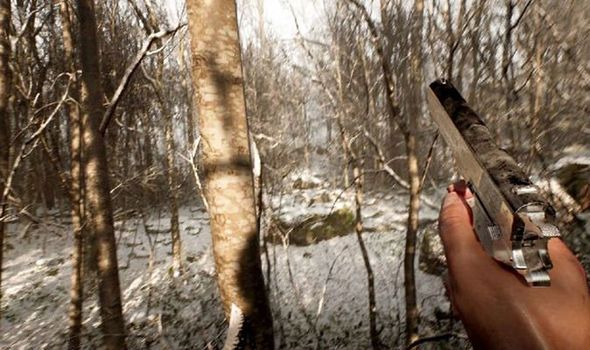 On Thursday July 29 the Abandoned PS5 trailers app will become available to pre-load. The app is the first-of-its kind, being a one-stop hub for Abandoned trailers, with these teasers running in real-time on a PS5. So anyone watching an Abandoned trailer on the app won’t need to worry about video compression – what you’ll see is how the game will end up running on your PlayStation 5.

While the Abandoned PS5 trailers app is available to download this Thursday, gamers will still have to wait a few weeks to see the first trailer.

The Blue Box Game Studios Twitter earlier this month posted: “We’re excited to announce that the Abandoned Trailers App will be available to preload free of charge for all PS5 users on July 29 with the introduction available on August 10 followed by the first trailer later in August.”

“Multiple trailers* with duration between 5 to max 12 minutes.

There has been plenty of rumours and speculation surrounding Abandoned, with the mysterious survival horror regularly being linked to Hideo Kojima ever since it was first revealed.

It’s been claimed Abandoned may actually be a new Silent Hill game that Kojima is making in disguise, and the reveal of the game is all part of a big ploy.

Kojima has form in doing this, previously revealing Metal Gear Solid V as the Phantom Pain – a game allegedly made by a mysterious, unknown dev called Joakim Mogren.

Whether Kojima would try to do the same trick again is up for debate, and Blue Box Game Studios has regularly denied any links to Kojima and Silent Hill.

But the rumours keep on cropping up.

After much fan excitement, Blue Box had to again deny that they were hinting at any links to Silent Hill.

The devs tweeted: “We wanted to set things straight. We have no relations with Konami. Silent Hill is owned by Konami. We do not have any relations with Hideo Kojima. It was never our intention to tease the name as Silent Hill. We sincerely apologize for this.”

Theories were even sparked that Hasan Kahraman, the Abandoned director, wasn’t real.

Hasan later conducted interviews with the media and published videos on the Blue Box Twitter to show he was real.

However, despite repeated denials the Kojima and Silent Hill rumours just aren’t going away.

The latest theory comes courtesy of a post on Reddit. Gamers have spotted a change on Hasan’s Twitter profile, which curiously has only sent out a few tweets.

The background picture on Hasan’s Twitter has recently changed to an image of a small island.

This is significant, according to the theory, as small island in Japanese is 小島. When translated into English it’s Kojima.

The Redditor explained: “Hasan Kahraman (BLUEBOX Game studios) changed his Twitter background to a picture of a small island. A small island in Japanese is called 小島. Translated to English it’s Kojima.”

The Reddit user went on to add: “I really don’t want to add more fuel to the fire but this has got to mean something. They seriously cannot be giving out these many clues for it to be a coincidence. I know they’ve already said they have no relation to Kojima but come on!

“I don’t think they’d do all of this for absolutely nothing. It’s their reputation on the line.”