Sony's PlayStation, once a failed attempt at a collaboration with Nintendo, has come a long way since its mid-90s debut. The family of systems has secured a central place in gaming's pantheon, often hosting games and characters with a mature and cinematic edge.

While many of the characters that have come to define the console are iconic in their own right, they've also changed drastically with the times. As gamers' tastes have changed, developers have had to keep up by redesigning their games and the stars of those games, too. Here are just a few of those radical changes. 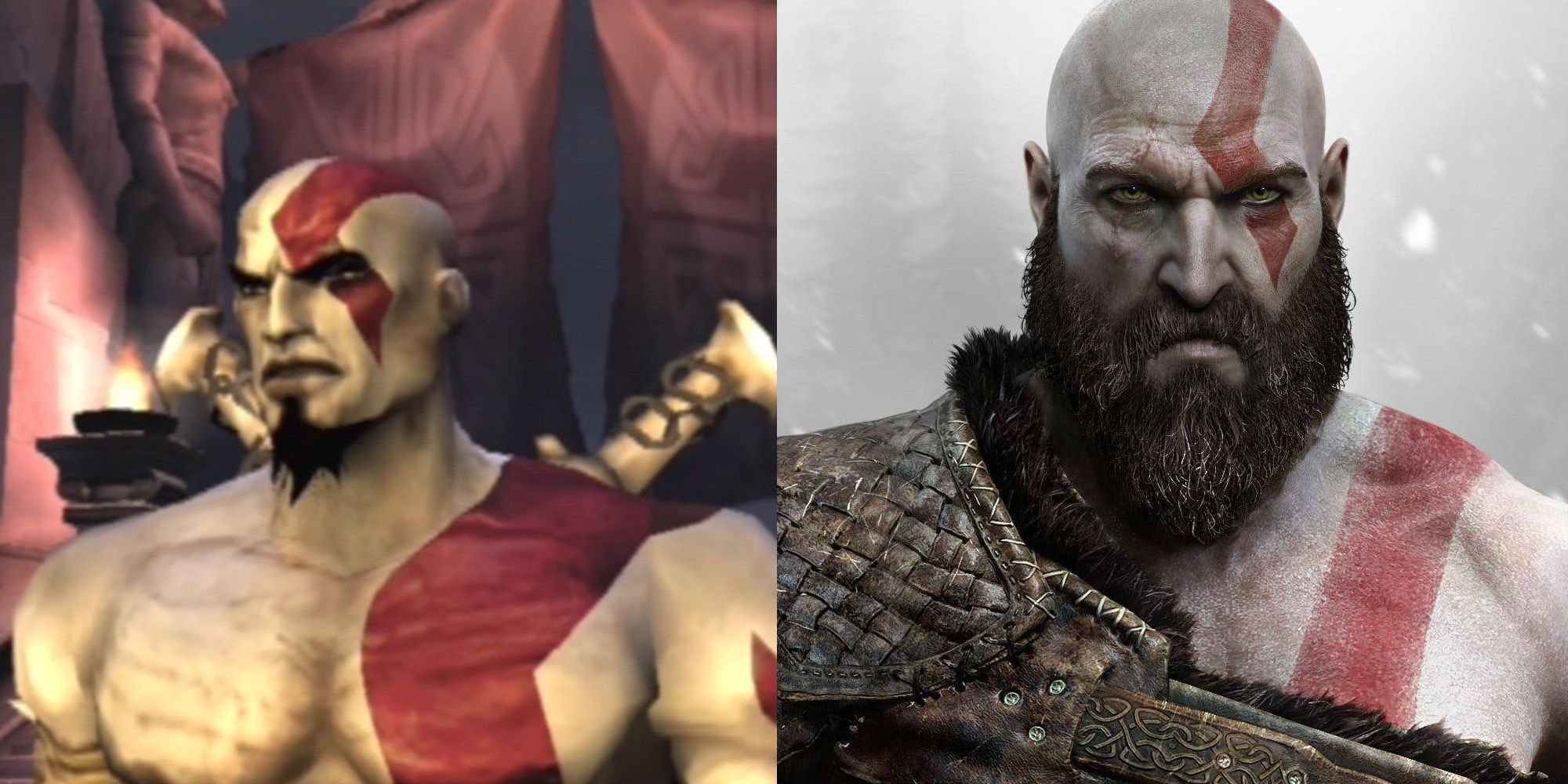 The original God of War games for the PS2 were hyper-violent brawlers in the style of Devil May Cry, full of cinematic setpieces awash in blood and gore. They were eye-popping for their time, but they also feel very rooted in their mid-2000s cultural moment, and Kratos' original design reflects it too; he stormed through enemies topless, sporting a goatee and a focused, murderous expression.

For the series' reboot in 2018, Kratos has been reimagined as one of gaming's best dads, on a journey to mourn his wife and bond with his son. He's much older, clad in (slightly) more armor and animal skins, and sports a longer beard to match his weathered expression. The energy in his new design is completely different to his old incarnation. 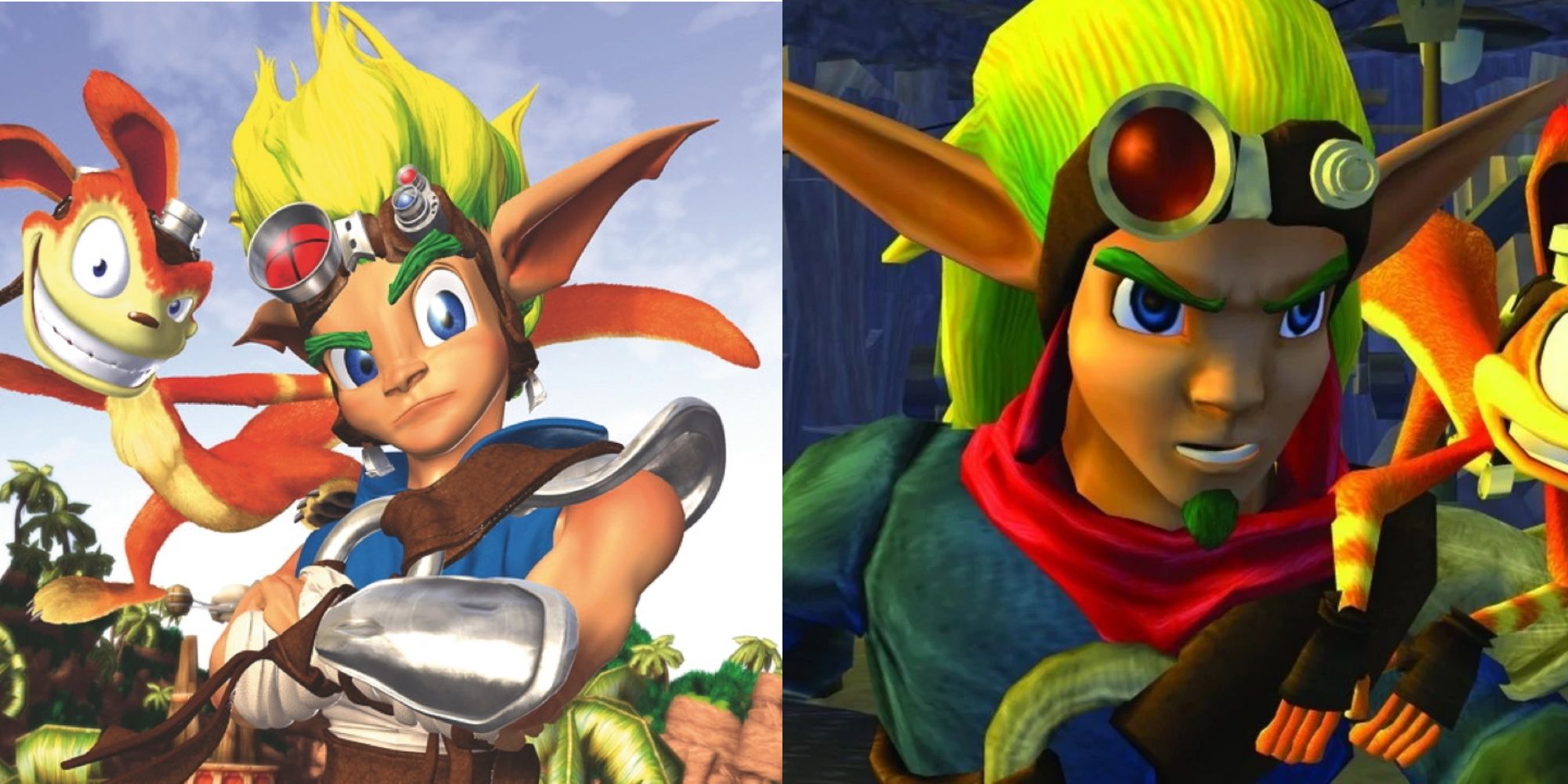 Jak was one of the biggest stars of the early-PS2 wave of 3D platformers, on the same level as icons like Ratchet and the dearly-missed Sly Cooper. Unlike his peers, though, Jak went through a major metamorphosis pretty early on in the series. The original game, Jak & Daxter: The Precursor Legacy, was a little bit more mature than some of the other 3D platformers of the era, but that's not a high bar; Jak's design had a little more attitude, but his bright colors and spiky hair fit with the other platformer heroes of his era.

Jak II went in a totally different direction, transplanting Jak into the dystopian Haven City and literally tossing him in jail at the start of the game. His slicked-back hair, muted color scheme, and perma-scowl indicate the game's grimmer atmosphere. His shift towards a darker tone set the stage for developer Naughty Dog's later, more mature offerings. 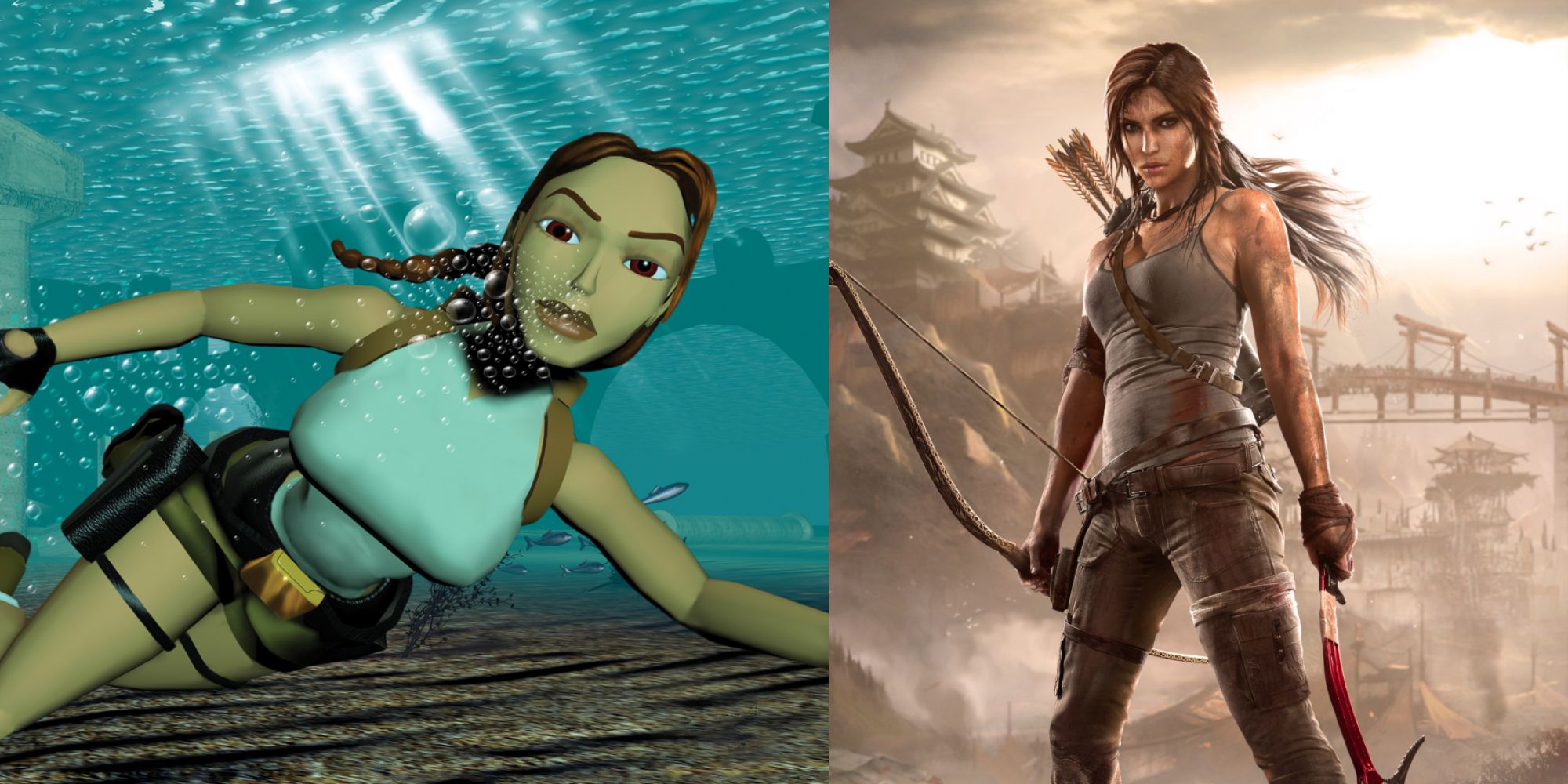 Lara Croft is one of those characters who act as a barometer of the industry's tastes and ideas. In the original Tomb Raider games, released during the era of butt-kicking heroines like Buffy Summers, she was a wisecracking, take-no-crap adventurer; meanwhile, the marketing around the games focused entirely on… her body.

For the 2013 reboot, however, the industry had progressed a bit, and the blatant sexualization of the old games wasn't feasible anymore. She became more grounded and more haunted by the violence she's experienced, with her toned-down modern design reflecting that. She's depicted less as a superhero and more as a scared young woman. 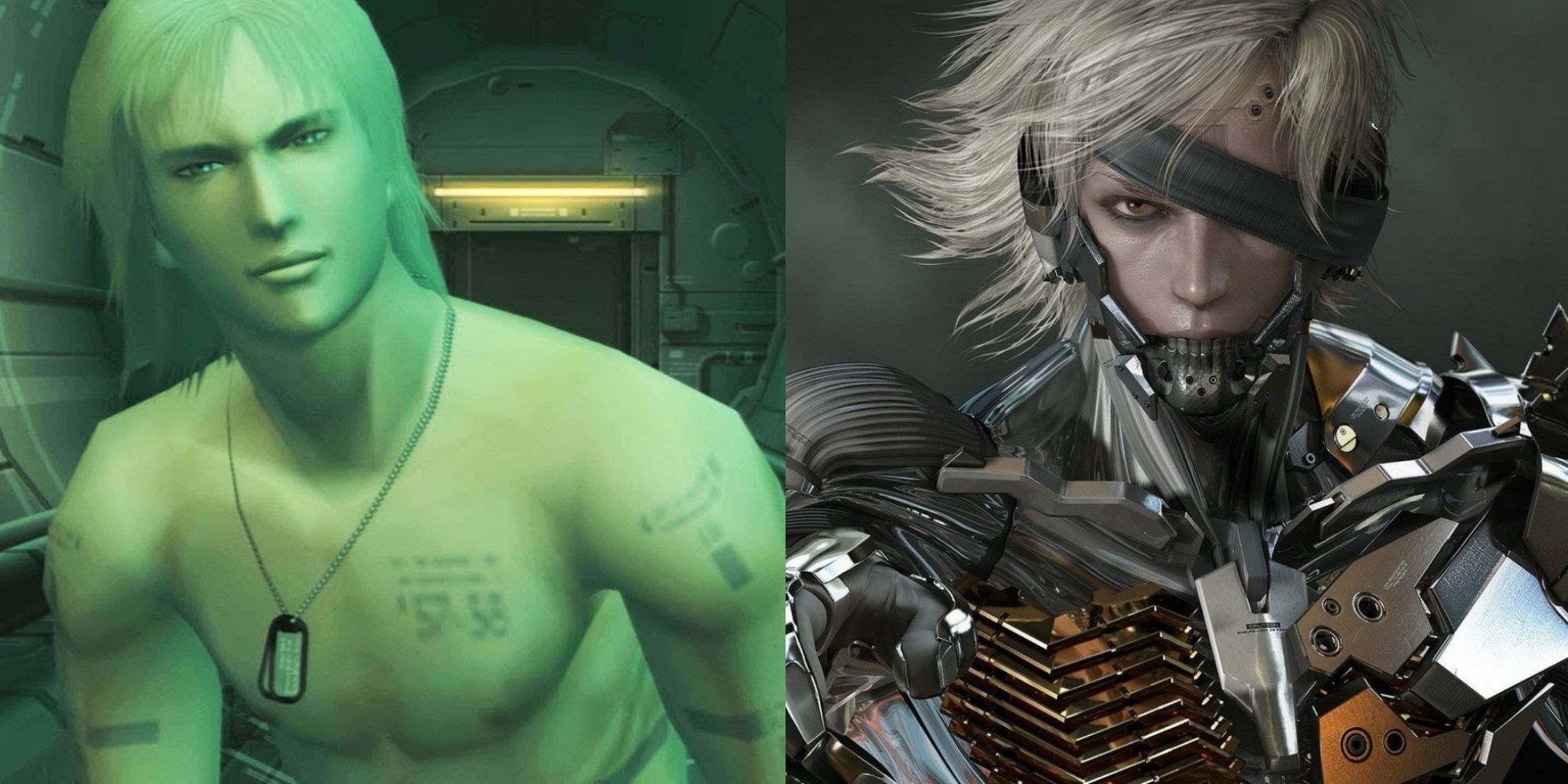 Solid Snake was already, uh, solidified, as a gaming icon by the time Metal Gear Solid 2 was released, so when players discovered that the game would actually follow a completely different character named Raiden, they were not thrilled. Never mind that Metal Gear Solid 2 is an innovative, ingenious game that still holds up – why couldn't we play as Snake?

Snake is a grizzled, tough-as-nails war veteran who radiates cool, while Raiden… let's just say the words "whiny pretty boy" were thrown around a lot. He's young, he's got an enviable blond shag, and his clothes are flashy and high-tech in a way that Snake's grounded tactical gear isn't. But when he reappeared in Metal Gear Solid 4 and the spinoff Metal Gear Rising, he's more teched-out with a cyborg exoskeleton and a sword. He's fully transformed from a pretty boy into a warrior. 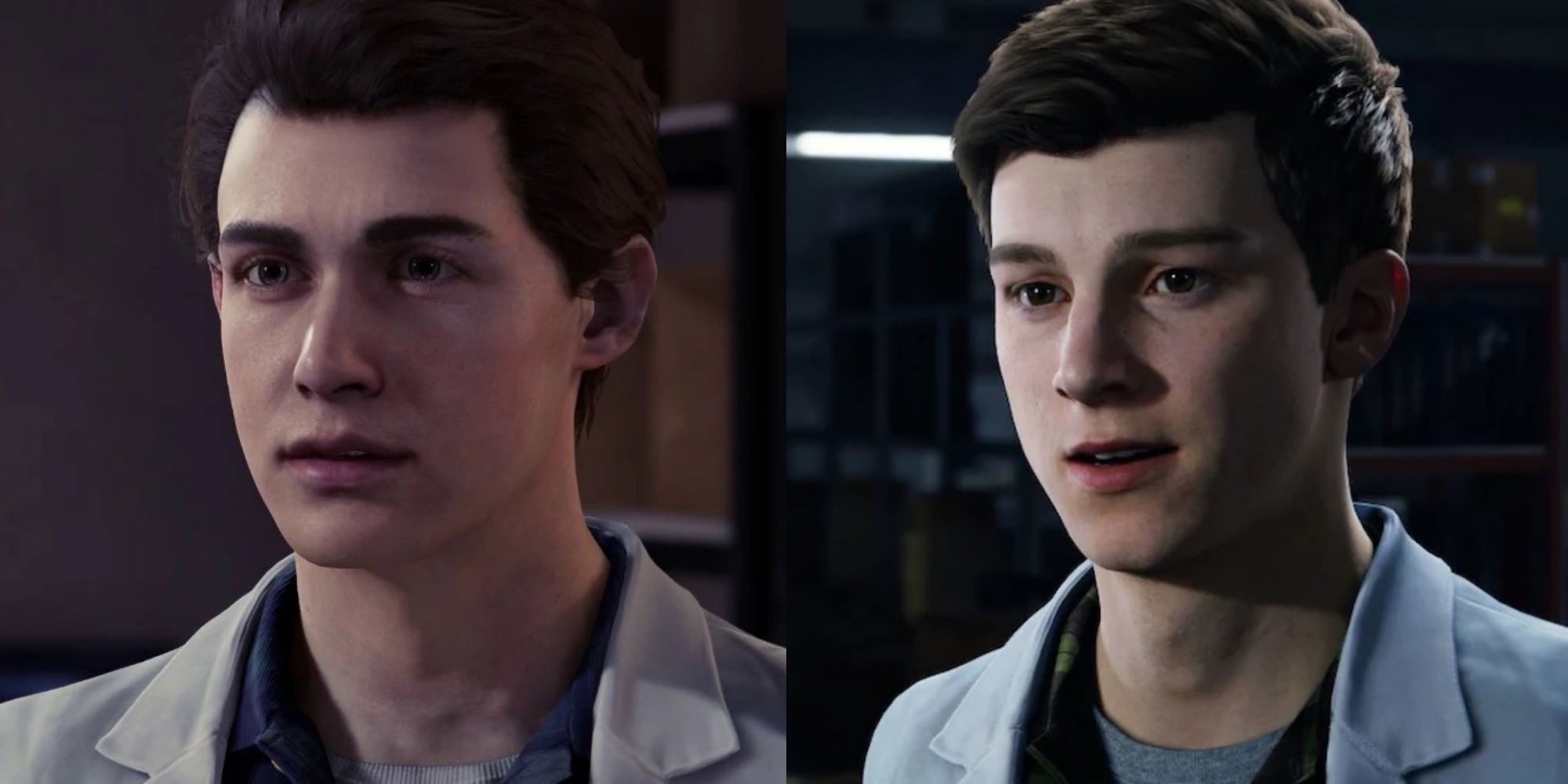 You probably know who Peter Parker is already. The original Spider-Man is one of the more recent Playstation poster children, swinging onto the system in a big way with Insomniac's 2018 hit Marvel's Spider-Man. The game was acclaimed for the way it captured the web-slinging appeal of the series, and it sold like gangbusters, so it makes sense that Insomniac would remaster the game for the Playstation 5.

However, during the remastering process, they also used a noticeably different facial model for Peter. According to Insomniac's creative director Brian Intihar, this change was made to better match actor Yuri Lowenthal, who provided the facial capture that the team based their animation on. 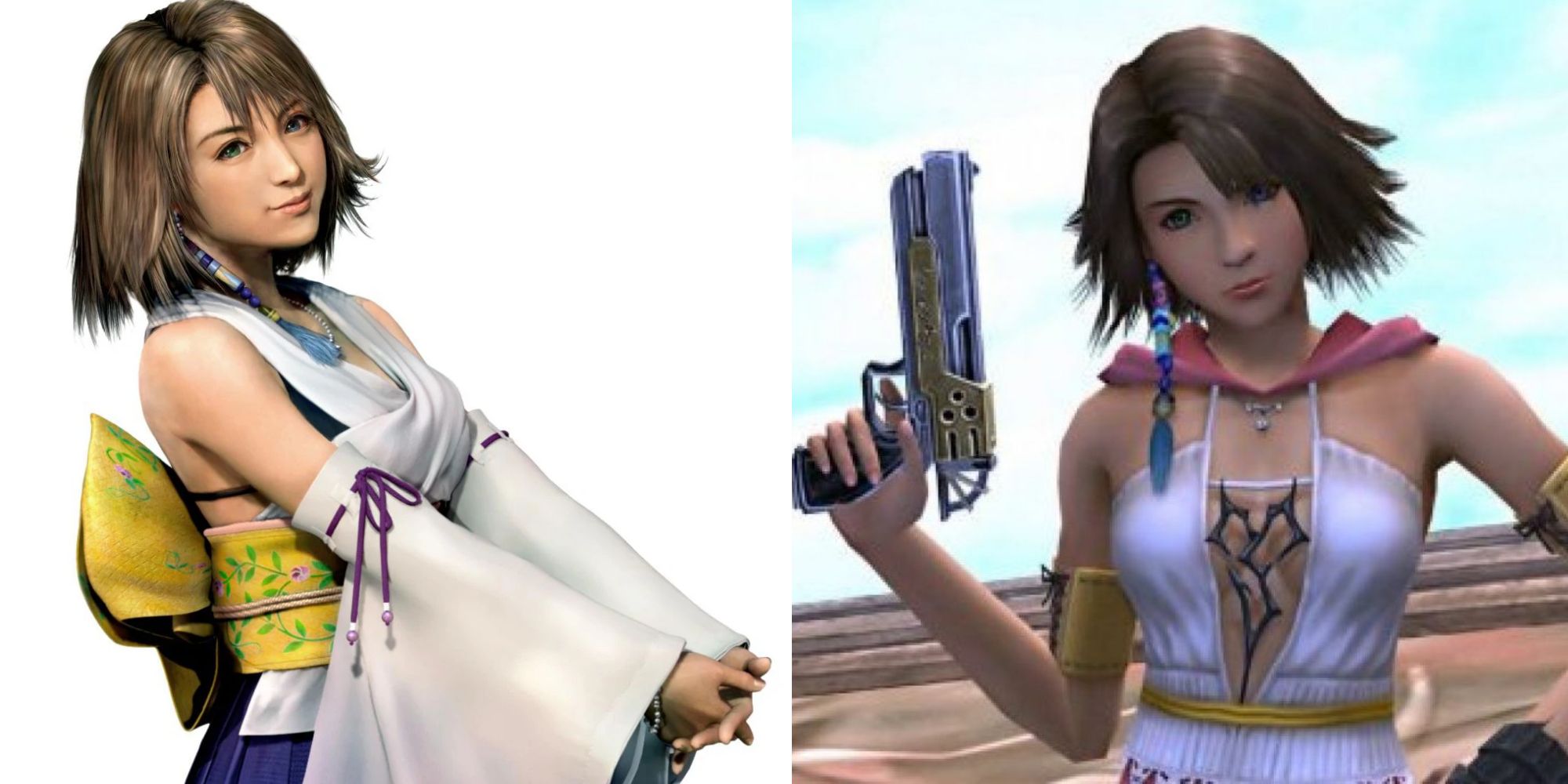 A lot of Final Fantasy games prove to be rather divisive, but Final Fantasy X isn't one of them; it's maintained a devoted following amongst fans for its richly detailed world, melancholy story, and lovable characters (yes, even Tidus.) Yuna, the doomed summoner at the heart of the story, is a great microcosm of this appeal. She takes her duty seriously, but over the course of the game reveals an inner sense of whimsy and a mischievous sense of humor.

Her design reflects that, pairing a straight silhouette with more fanciful touches, like the print on her skirt. The sequel is a far more lighthearted game, though, and Yuna's gone from being a sacrifice to being a pop star. Her design nods to the first game but feels lighter, matching different fabrics and a shorter hairstyle. It's a strange metamorphosis, but who can blame her for wanting to be a little silly after what she's been through? 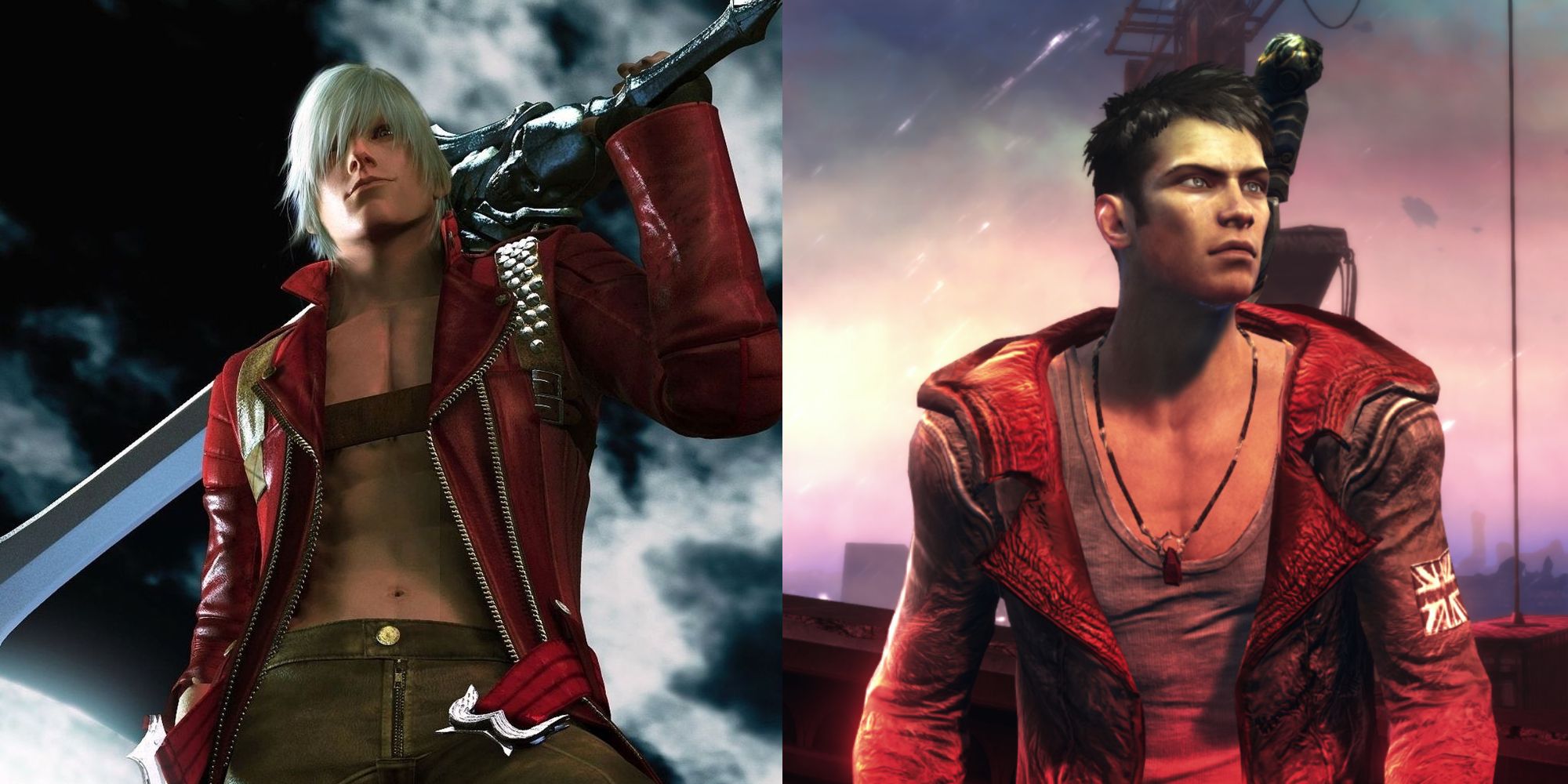 Dante's transformation might be the most infamous one on this list. In his first incarnation, which debuted on the PS2, he was the platinum-haired, demon-slaying embodiment of cool overconfidence, a design that became instantly iconic for players around the world. After four instalments, however, Capcom saw fit to try to reboot the series with a new direction, resulting in 2013's DmC: Devil May Cry.

This instalment featured a radically different Dante, designed by the artist Alessandro Taini. Here, he was aged down drastically, and his instantly recognizable silver hair was replaced with a shorter, plainer black cut. Though he sports one of the series' more stylish outfits, this change was… not well-received, to put it mildly. When Capcom brought back the original Dante for Devil May Cry 5, fans were overjoyed.