Wildermyth follows the story of characters from lowly farmers to legendary heroes, with fire-infused transformations, epic weaponry, and background stories that grow organically over your campaigns. The story is procedurally generated, which means no two runs will be the same.

In terms of pure gameplay, Wildermyth is an XCOM-style tactical RPG with a touch of Dungeon & Dragons story-telling and decision-making. The mechanics are relatively straightforward, but the game is quite deep when it comes to strategy and how you decide to build your characters. These beginner tips will help you get started with your very first chapter. 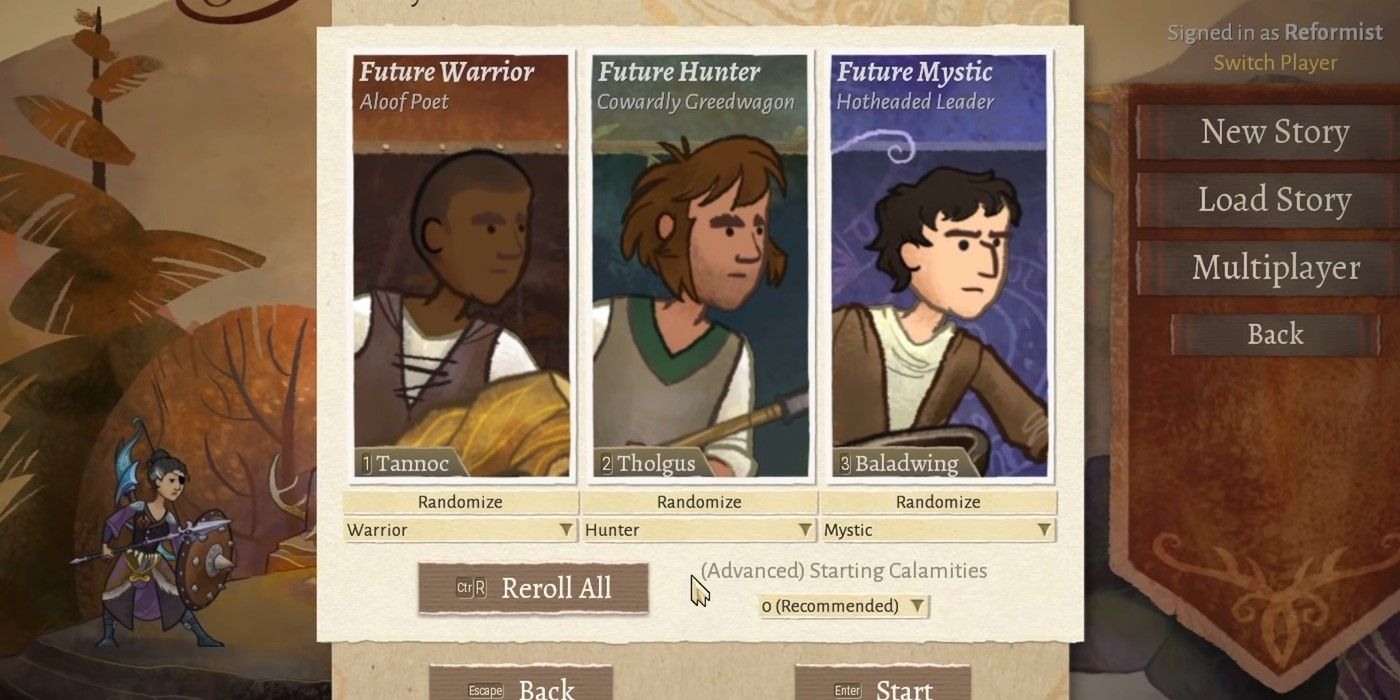 If you’re heading into your first campaign, you’re greeted with three characters. These are your starting party, the heroes that will join on your journey, potentially for the next five or six chapters of the game (if they survive.)

You have almost total freedom over this part of the game. The customization options for the character creator are massive: you can change their backstory, change their traits (different personalities will act differently in-game), and change their appearance. 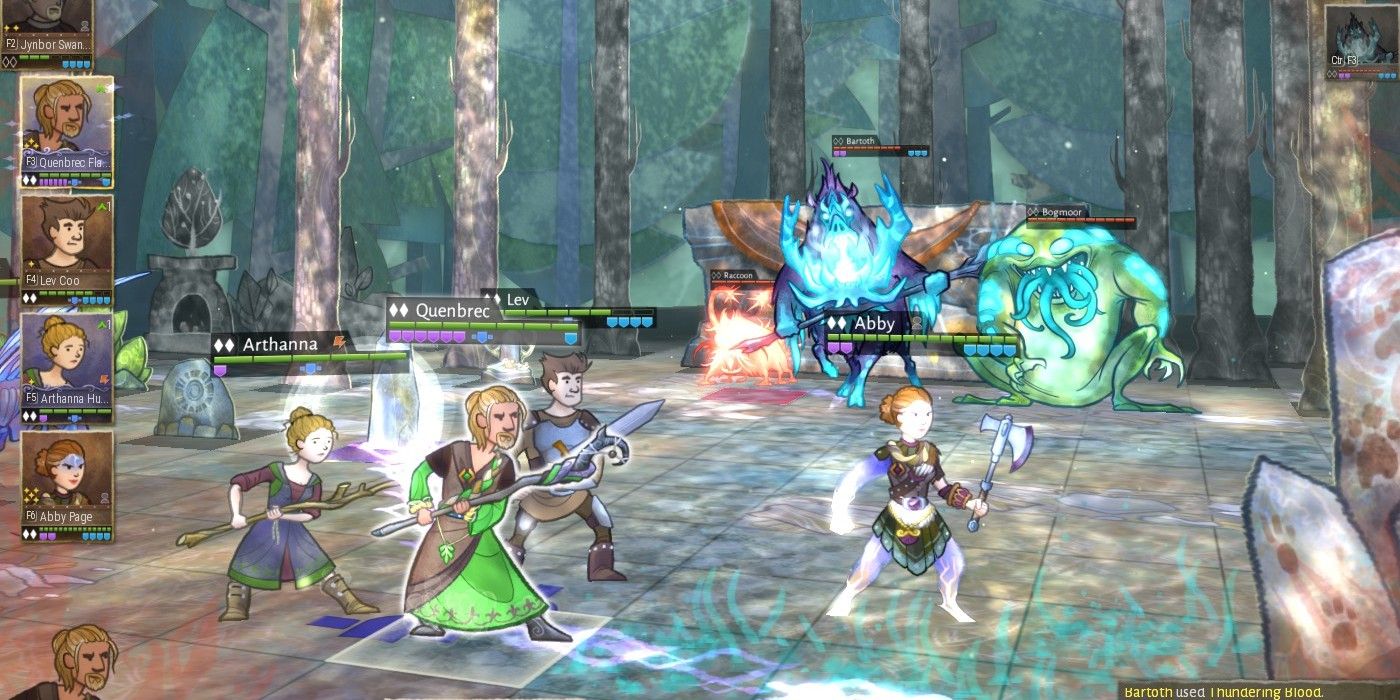 There are three classes in Wildermyth: Mystic, Warrior, and Hunter. Mystics are magic, hunters use bows and other ranged weaponry, and warriors are your frontline fighters that can tank hits or deal massive damage. How you decide to craft each character is up to you.

For the purposes of this beginner tips list, it’s a good idea to just pick some random characters and roll with them. Keep the game balanced as intended, starting with a Warrior, Hunter, and Mystic. You can think more carefully about the different options when you’ve experienced what the game has to offer.

4 Decisions About Your Character’s Relationships 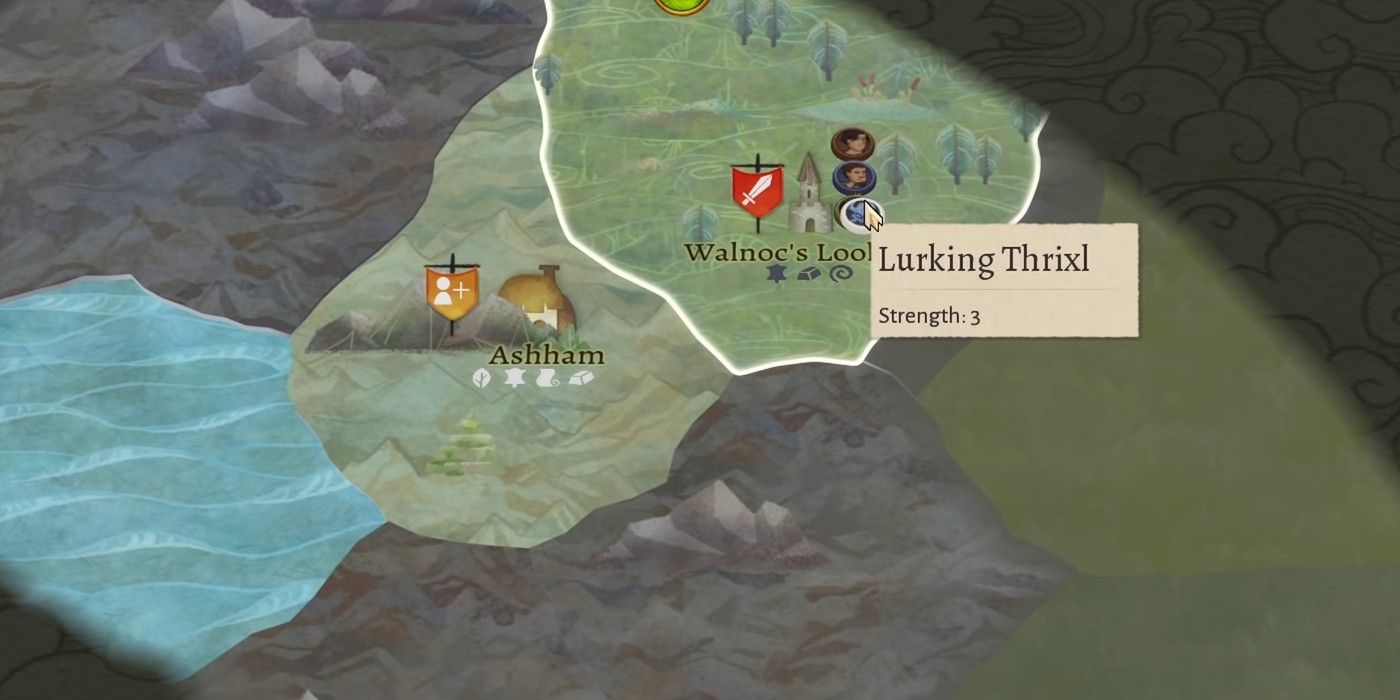 You’re introduced to the game world via a short story-building section. This varies from run to run, with a different introduction to your characters each time. This is where you’ll have to make your first big choice: will your characters be rivals, friends, or lovers?

Wildermyth is full of decisions like this, and whatever you decide can actually have a significant impact on the gameplay. Future events will be based on this initial decision. There is no right or wrong way to play Wildermyth. Events between rivals can lead to one character becoming stronger, if they’re friends you can receive bonuses and unique events, and lovers have the chance for in-battle buffs and even children, which will later join your party. 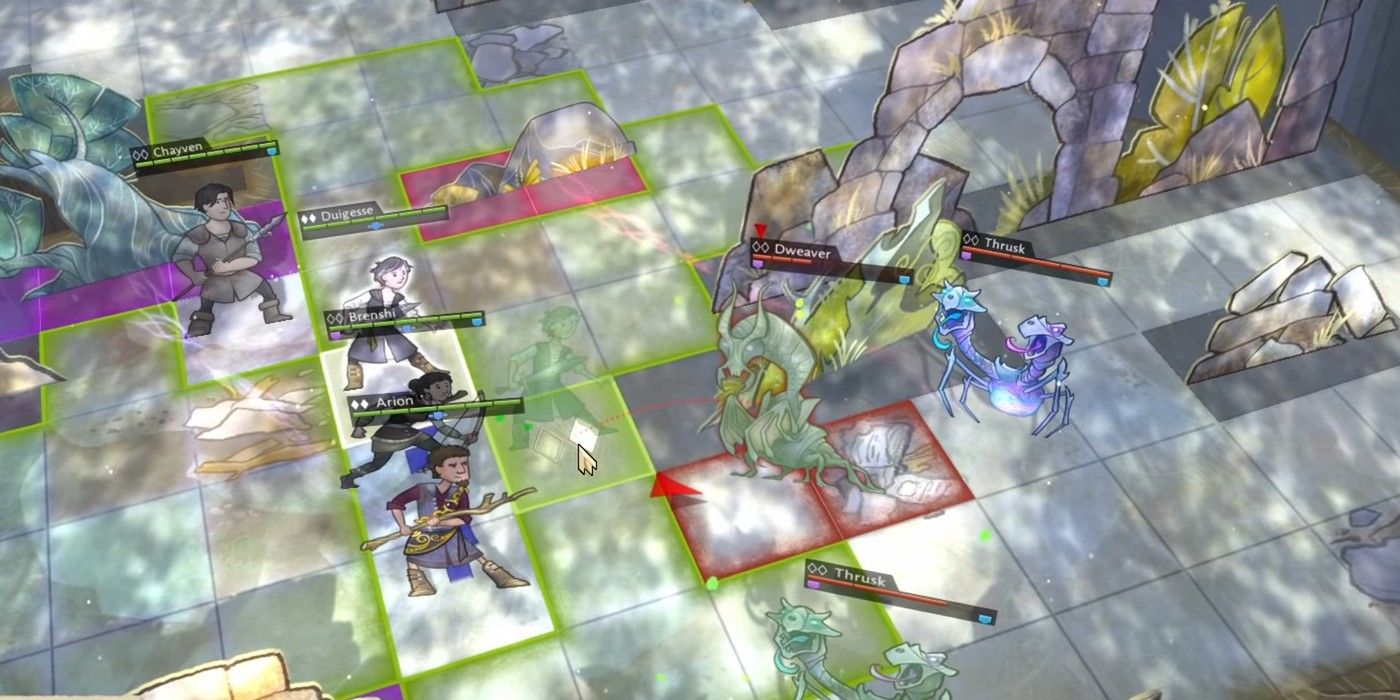 Wildermyth is surprisingly complex when it comes to its combat. The entire environment is destructible, each character has a set of moves that cost action points, and the game gets a lot (A LOT) harder as you progress through the chapters.

You will unlock your character’s first ability as they level up. The first ability is an important choice, as it can be leveled up multiple times to push your character in a certain direction. Whether you go for a hack and slash build or something more tactical and stealthy is entirely up to you.

Take the “Broadswipes” ability for the Warrior class for example. This is basically an AOE swipe with their sword, which deals extra damage to foes within range of the initial target. If you choose this skill, your warrior will likely become a frontline fighter that deals damage rather than soaks it up.

Things to remember about combat: 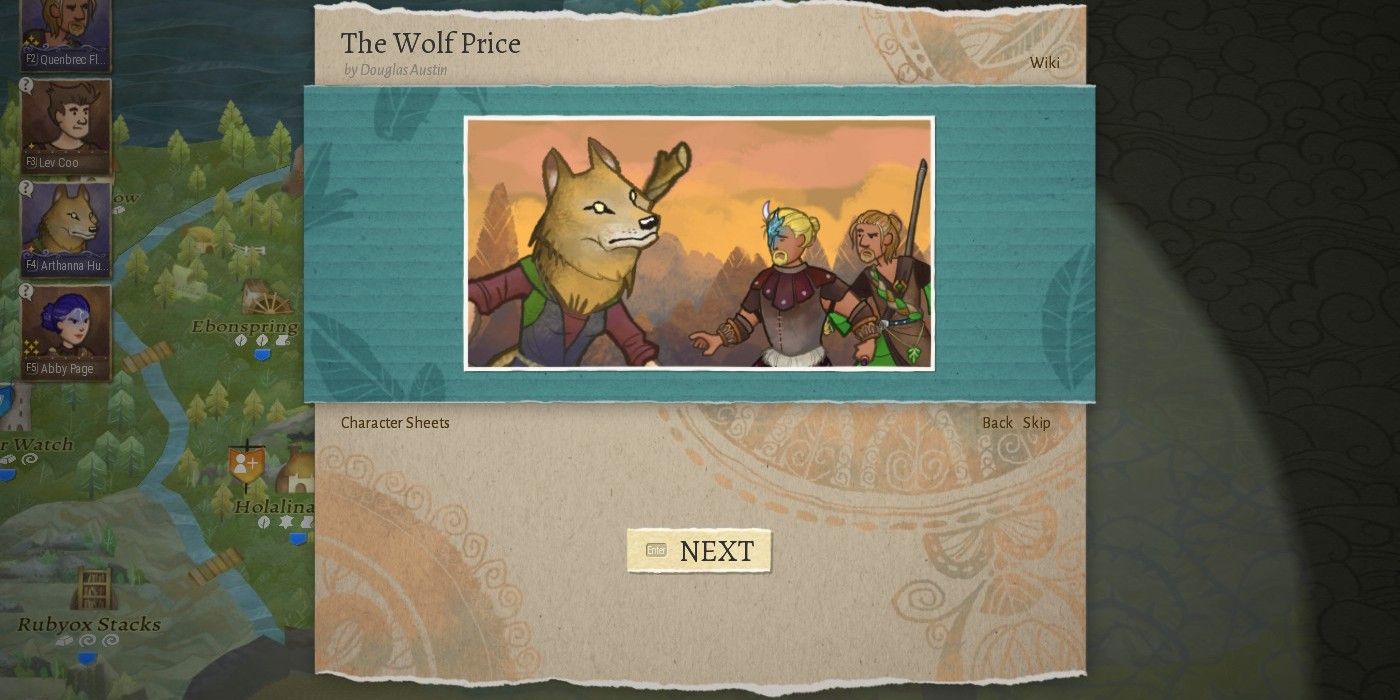 Once you’ve completed the introduction and named your band of heroes, you’ll enter the campaign map. There are different tiles that your party can explore, the top left of the screen is dedicated to the various quests you need to complete, and the year and date are located at the top of the screen.

Moving around the campaign map takes time. This time can stack up quickly. Some campaigns are time-restricted, i.e. the map will start to flood, or more and more Incursions will spawn. Incursions are random enemy events where swarms of hostiles spread over the land and destroy whatever you’ve managed to build on the tiles.

Some general tips for the campaign map:

1 What Are Legacy Points? 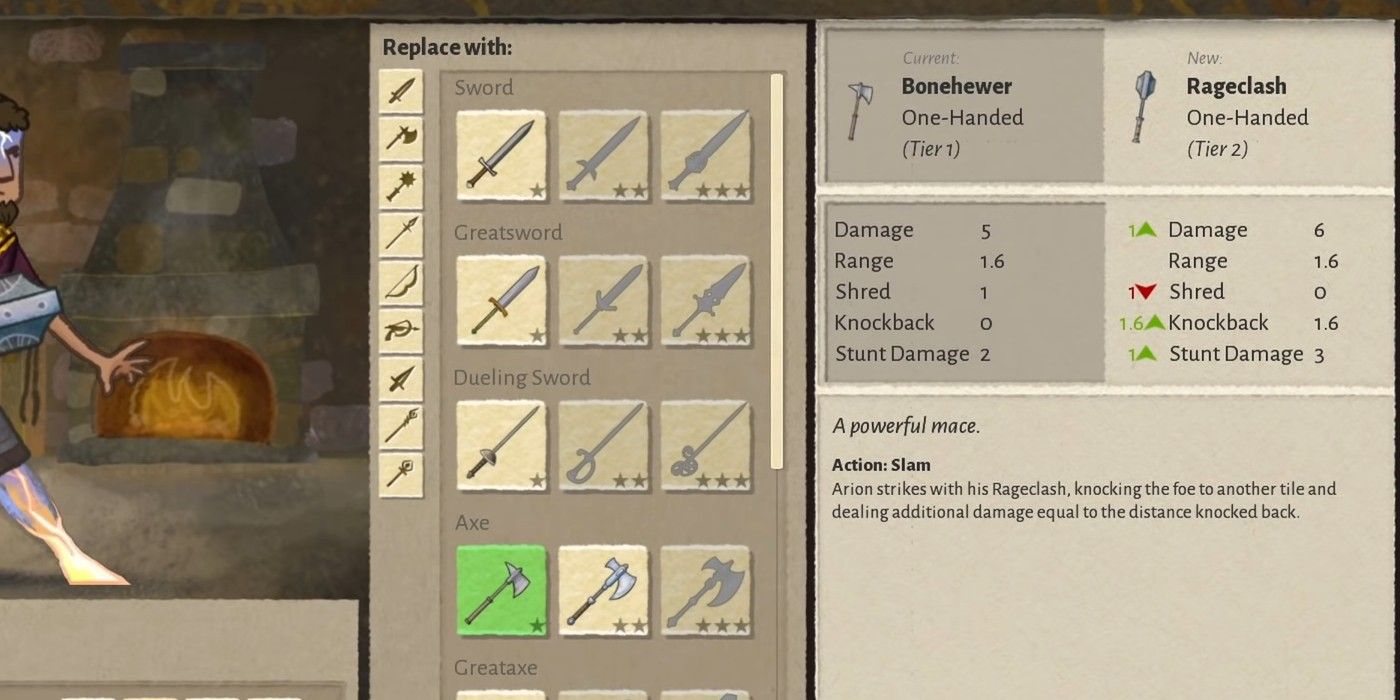 Legacy Points is the consistent “scoring” system that persists between campaigns. The points you earn during your first campaign can be spent on character upgrades, transformations, and crafting. You earn more points by completing objectives.

Legacy Points are also used to recruit new heroes to your party and reduce the strength of enemies (that will slowly improve over time), so there is a bit of strategy as to what you spend them on. It’s recommended that you boost your character’s performance as a priority — these are the characters that will exist for your entire playthrough. The game increases in difficulty exponentially, so you want your characters to improve as well.