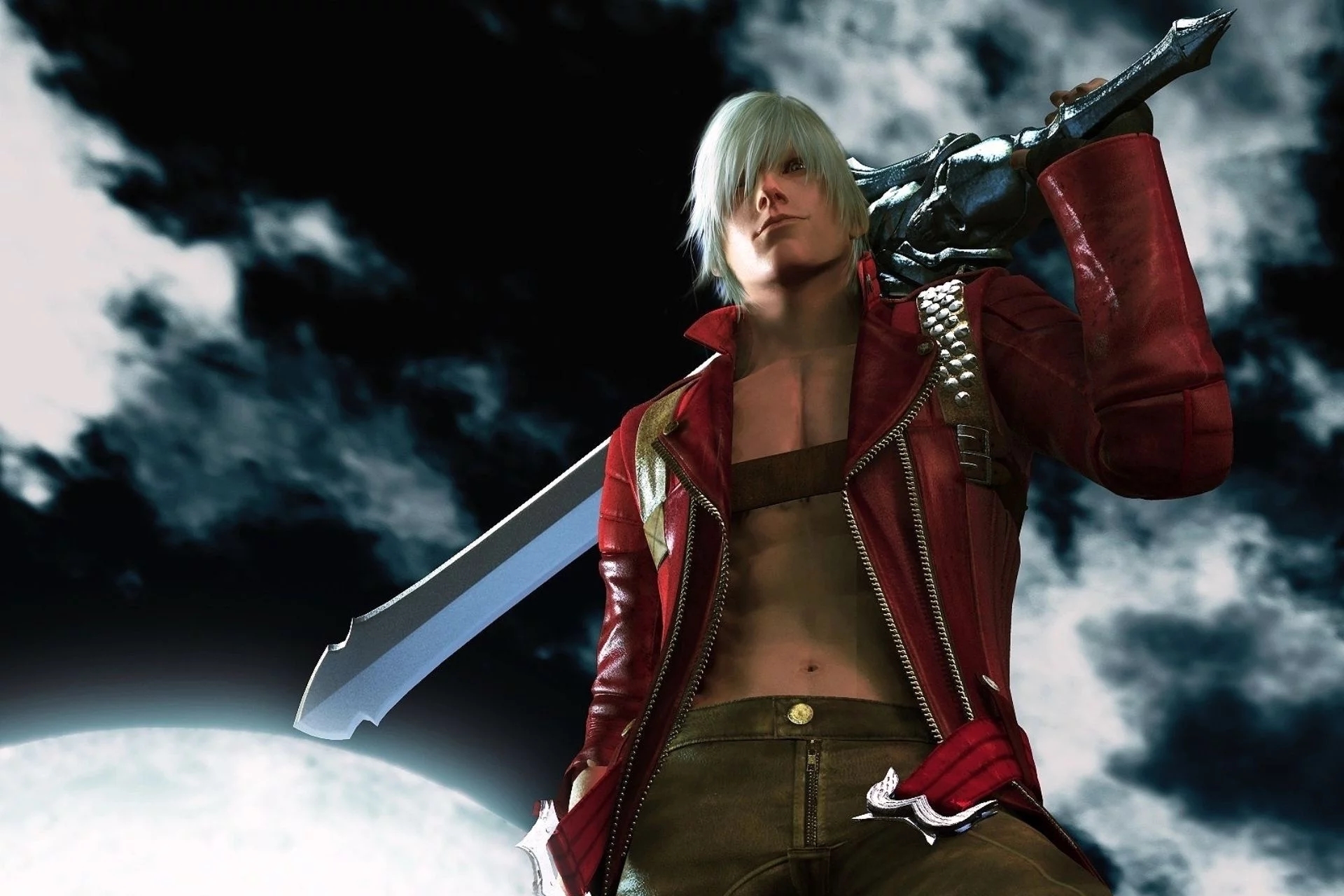 A reader celebrates the 20th anniversary of Devil May Cry and why he thinks the original game still has much to teach the newer entries.

On 23rd August (its Japanese release date) Devil May Cry is 20 years old! It was the first game I completed on my PlayStation 2 and I still play it regularly now (even managing to complete it on Dante Must Die difficulty this year!). It’s one of my top five games of all time, so I just wanted to write a feature to celebrate it! (Spoilers ahead!)

Compared with later games in the series the weapon selection is pretty puny but they still pack a punch. There are, of course, Dante’s starting guns, the iconic twin pistols Ebony and Ivory, then along the way you pick up a powerful shotgun, a grenadegun, a needlegun (for underwater combat – the first person view is a little awkward but it’s still fun), and the cool looking but largely useless Nightmare-β (it looks like Nightmare, one of the bosses).

On to the Devil Arms, there’s the sword Force Edge, which Dante starts off with but I don’t use when I pick up another weapon, as you can’t use Devil Trigger with it. It does, however, change form later in the game, ready to use in the fight against the final boss.

You pick up two melee weapons on your adventure:

One is Ifrit, which is a pair of flaming gauntlets which allow you to turn into a ball of flames when you leap, fire meteors from your hands, and pound your fists on the ground setting it on fire!

My favourite though is Alastor, a lightning sword! The cut scene where you first obtain it is still great fun to watch: the sword impales Dante, who then pulls himself off it and then proceeds to have his version of ‘By the Power of Grayskull!’

Once you have the sword your Devil Trigger state crackles with electricity, you have lightning speed, you can throw the sword like a boomerang, and even do aerial attacks! Zipping about in the air while raining down lightning on your ground-based foes is still, to this day, incredibly empowering and liberating!

As Dante is a Demon Hunter, of course he needs some worthy opposition to show off his skills.

I can’t think of one duff enemy in this game, favourite enemies are the Marionettes, creepy puppets which are the first enemies you encounter; the deadly Shadow cat demons (V has one under his control in Devil May Cry 5); the reptilian Blades; Sargasso, which are floating, snapping skulls; and the Nobody demons: freaky looking guys with an extra arm that grows out of their back (trust me you don’t want them to grab you with it!), oh and watch out for the exploding eyeballs they throw at you!

Then there are the bosses, not as many as in later games but once again all are awesome and you get to battle them multiple times. There’s Phantom, a lava spider/scorpion, and a dark knight called Nelo Angelo who turns out to be Virgil, Dante’s twin brother. Everything you know about fighting him in other games began here, including the annoying teleporting and the spinning swords that he can throw at you! There’s also the mighty Griffon, who can harness wind and electricity to attack you and the sinister gloopy ooze-like machine aptly named Nightmare, which has many attacks including sucking you down into a literal nightmare dimension where you get to fight previous bosses yet again (really not fun on the harder difficulties!).

Last but not least there’s the ruler of the Underworld, Mundus, who you first fight flying in a winged form through space, with the most awesome Devil Trigger attack of a giant fire dragon that shoots forward and smashes into your enemy!

Hideki Kamiya and his team really came up with some incredible enemies and combat!

Okay it’s a stupid name (it’s pronounced Mall-lay so it’s got nothing to do with hammers!) but it’s an incredible, varied place to explore on your adventure.

You start off in a castle, go under the sea, through sewers, a canyon of mist, sail on a ghost ship, battle in a coliseum, return to the castle at night (when it has drastically changed and become far more creepy) then go through a mirror to an even more sinister, tripped out version of the castle. To round things off Dante heads down into the Underworld (lots of skulls, lava, and a massive beating heart you have to pulsate to open the last gate – mission 21 is actually called ‘Living Cave’!) before soaring up in space to finally battle Mundus!

Where the combat in later games has got so much variety to it the environments have become sadly lacking. Take any one of the locations I’ve just mentioned from the first game, and you’ll find it has more personality than the entirety of Devil May Cry 5’s sterile environments!

While every other soundtrack in the series has a lot of heavy metal on it the first game doesn’t, which makes it a far more interesting listen. There are some guitars in there, with a more electronic sound to the main combat music, but the soundtrack also offers some creepy vibes channelling its Resident Evil origins, some organ music which sounds straight from an old horror film, and some surprisingly gentle piano themes considering the game’s action packed gameplay. I still regularly listen to the soundtrack and would recommend checking it out.

Resident Evil 4 wouldn’t be as amazing as it is without Devil May Cry!

Although the structure of Devil May Cry is different – a series of short, action-packed missions – the Resident Evil DNA is still evident. As mentioned earlier, some of the soundtrack is distinctly Resi and there’s an element of backtracking when you get a key/item which unlocks another area (seriously who leaves all these rusty keys laying around!?)

Salazar’s castle is influenced by the castle of Devil May Cry. If you look at other scrapped versions of Resident Evil 4, e.g. the Hook Man version you can see elements that made it into the final game: the European style environments and the suits of armour that attack you, but it all feels small in scale, with lots of tight corridor sections. Devil May Cry’s environments are made for fighting, especially big bosses, so you have large, lofty spaces such as the main hall and the cathedral that I feel helped shape areas such as the central hall in Resident Evil 4.

The Beelzebubs from Devil May Cry are a forerunner to the Novistadors in Resident Evil 4. While Resident Evil’s insect foes are far more deadly (they can even turn invisible!) some of the attacks of the Beelzebubs are similar and you encounter both for the first time in the sewers of the castle.

And then there’s the final glorious escape: both Dante and Leon escape an island, as it’s self-destructing, through a series of tunnels. Leon’s jet ski ride is such a brilliant final section to a perfect game (you can even pull off flashy flips and corkscrews!) but play Dante’s final escape in a biplane and you’ll see the origins of this magic moment!

Finally, of course, I’ve got to talk about the Devil Hunter himself: Dante!

For me Dante has never been more loveable than he is in the original game.

In Devil May Cry 2 he became an aloof, near mute. In 3 he just seemed to be trying too hard at times (sorry but the endless whooping got on my nerves!), in Ninja Theory’s reboot he was crude and foul-mouthed, and in 4 and 5 he just comes across as a nonchalant jerk to me!

The original Dante was cocky and wise cracking, but he also had honour and a lot of heart.

Dante is half human, half demon (apart from in Ninja Theory’s game) but I feel over the course of the series he’s lost his humanity, which is a real shame because in the first game it’s that very humanity and emotion that saves Trish! (Credit to the voice actor Drew Coombs for his excellent performance as Dante, such a shame he never returned to the series!)

Sure, the script by Hideki Kamiya and Noboru Sugimura is incredibly cheesy (‘I should have been the one to fill your dark soul with LIGHT!’) but it’s also a lot of fun (‘Flock off, feather face!’) and compared to so many of the grimdark games we get now, Devil May Cry makes you feel good playing it.

Just before Dante and Trish make their final escape in the biplane, Dante talks about it never being too late and never giving up; it’s this simple message of hope and optimism that 20 years on still resonates!

Oh, and some absolutely cracking gameplay too!