With the internet being primarily designed for the sharing and watching of cat videos, it makes sense that there should be more cat-focused video games, as well. According to the official press release, Super Catboy “combines the charm of cat videos and the thrill of intense shooters to create a one-of-a-kind cat-tastic escapade.” Initial game details are sparse, but the story seems to be that the furry fury is on a quest “to dismantle the shady plans of his evil creator so that he can go back to doing…cat things…in peace”.

Super Catboy will be accompanied by WeaponGirl, “a young girl armed to the teeth with more weapons than you can PSPSPSPS at”. Sinister anthropomorphic dogs also seem to play a part as Super Catboy’s nemeses, and there’s a brief shot of what’s possibly them in the announcement trailer, along with another figure shrouded in darkness who could possibly be human. Hopefully, more info on these characters will be released soon.

Looking at Super Catboy’s Twitter feed, it seems the game has been in development since 2017. Clawing through there is an interesting distraction and look behind the scenes of indie video game development, and provides a few more details about the game. For one, there may be a Nintendo Switch version of Super Catboy being planned, which makes sense for a platformer like this. 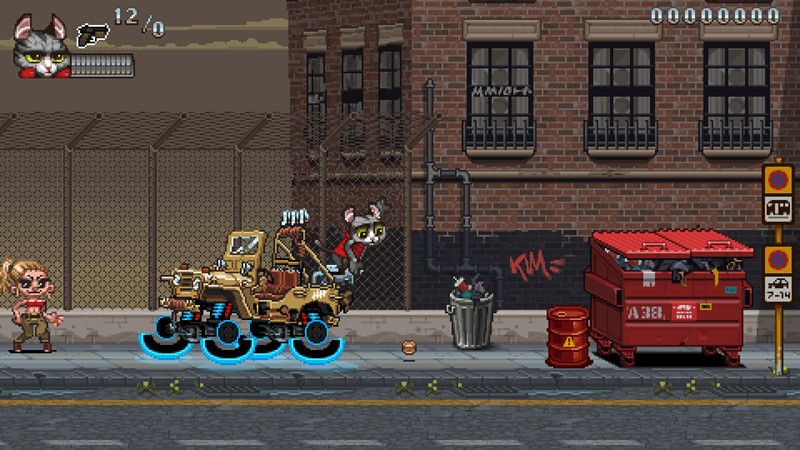 Related posts:
Hot News
The rise of fantasy esports and real-money gaming in India – Esports Insider
Mysterious Bethesda VR Title Appears on Australian Government Rating Site – Road to VR
How COVID-19 has changed esports venues – Esports Insider
FIFA 21 TOTW – Kommen Benzema, Felix und De Jong? – FIFA |
Arc System Works Releases New Trailer For Guilty Gear: Strive Modes
Recent Posts
This website uses cookies to improve your user experience and to provide you with advertisements that are relevant to your interests. By continuing to browse the site you are agreeing to our use of cookies.Ok