10 Things You Never Knew About Pac-Man

By most accounts, Pac-Man is the first video game celebrity. Long before Mario was a household name, Pac-Man was consuming dots and (horrifyingly) his enemies. Dominating the arcade landscape in the 80s, Pac-Man is a name known by people who have never even played a game. Over time, the legend of Pac-Man has only grown (as has his library of games).

Considering how far Pac-Man's reach has stretched, only the most enthusiastic fans will have managed to keep track of every one of his adventures. From obscure games, to cameo appearances, to pop music, Pac-Man has certainly accumulated quite the legacy. 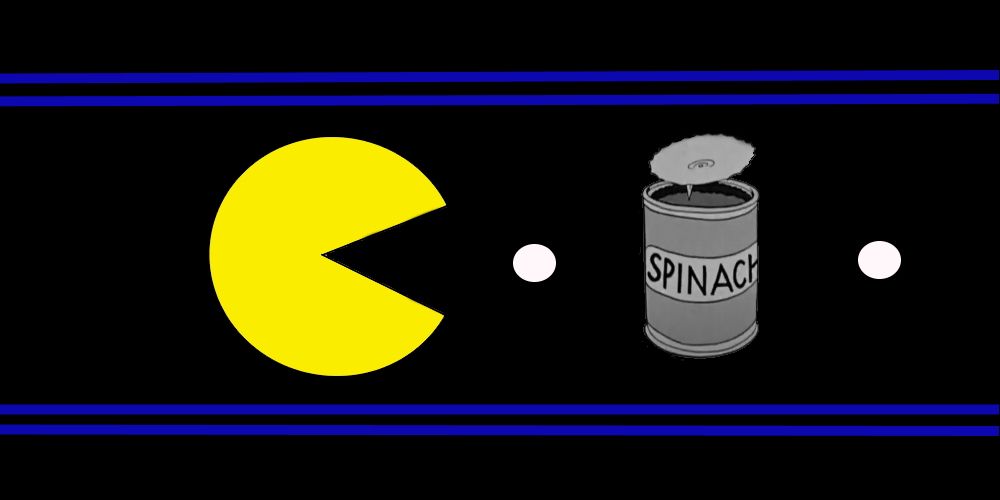 Toru Iwatani, the Father of Pac-Man, has openly discussed the many influences for his arcade classic. One of his biggest inspirations were the cartoons he watched as a child. Curiously, the ghosts were, at least partially, inspired by Casper the Friendly Ghost. But another notable influence came from Popeye.

9
The King Of Kong Is Also The Mack Of Pac 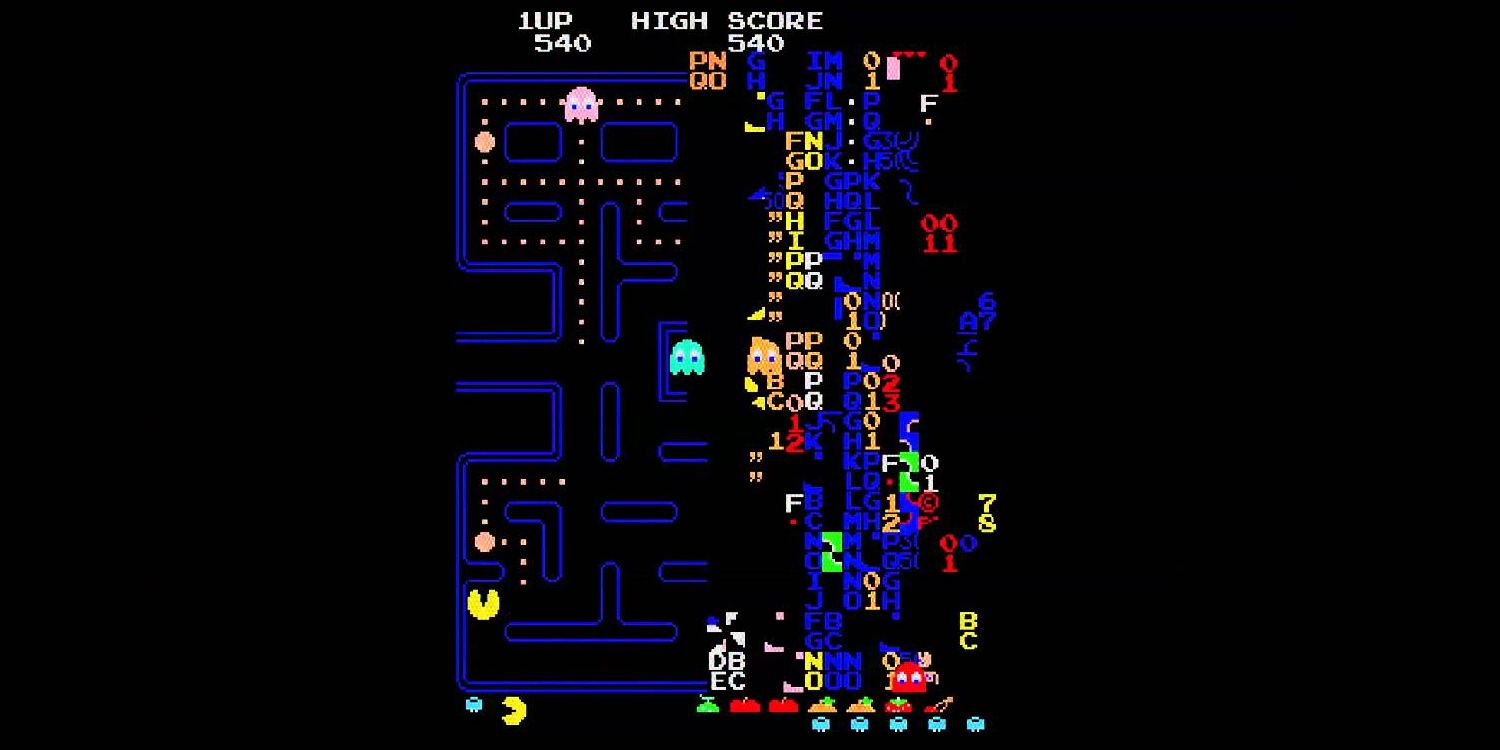 Love him or hate him, Billy Mitchell has cemented his name in the annals of competitive video game history. While he is most famously known for his accomplishments in Donkey Kong, long before The King of Kong he was the first person to achieve a perfect score in Pac-Man (which is 3,333,360, if you are curious).

Billy accomplished this feat in 1999. Since then, five more people have achieved a perfect score. Unfortunately, in recent years Billy was caught using modified hardware during one of his Donkey Kong attempts. This has created doubt as to whether or not his Pac-Man achievement was legitimate. 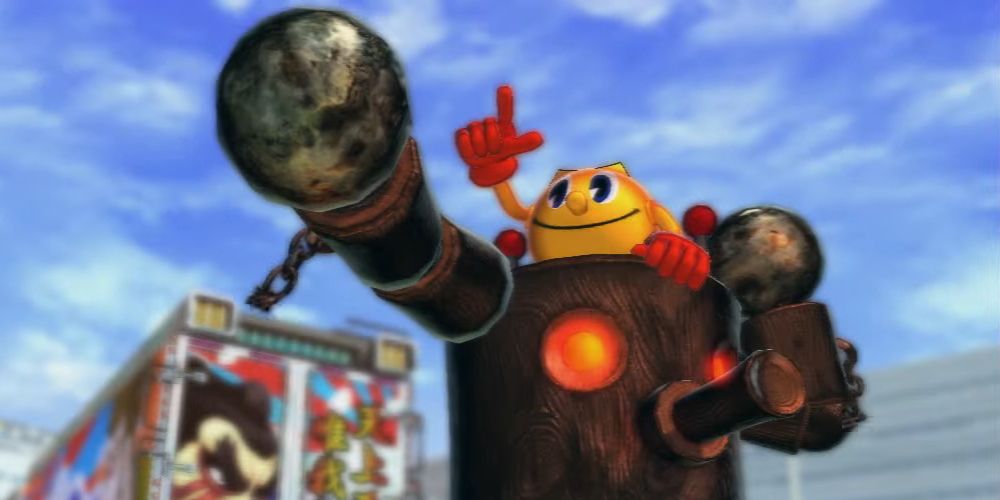 Street Fighter X Tekken is a fantastic game that, unfortunately, was marred by controversy. However, it was packed with the type of content that would make a Namco fan squeal. There is no better example of this than Pac-Man being a playable character.

Yes, a mecha piloting Pac-Man was a member of Street Fighter X Tekken’s base roster. Unfortunately, he was only available in the PS3 and Vita versions of the game, which meant that he was banned in most tournaments. However, that didn’t stop him from being a ton of fun to play around with.

7
Pac-Man’s Daughter Has Her Own Game 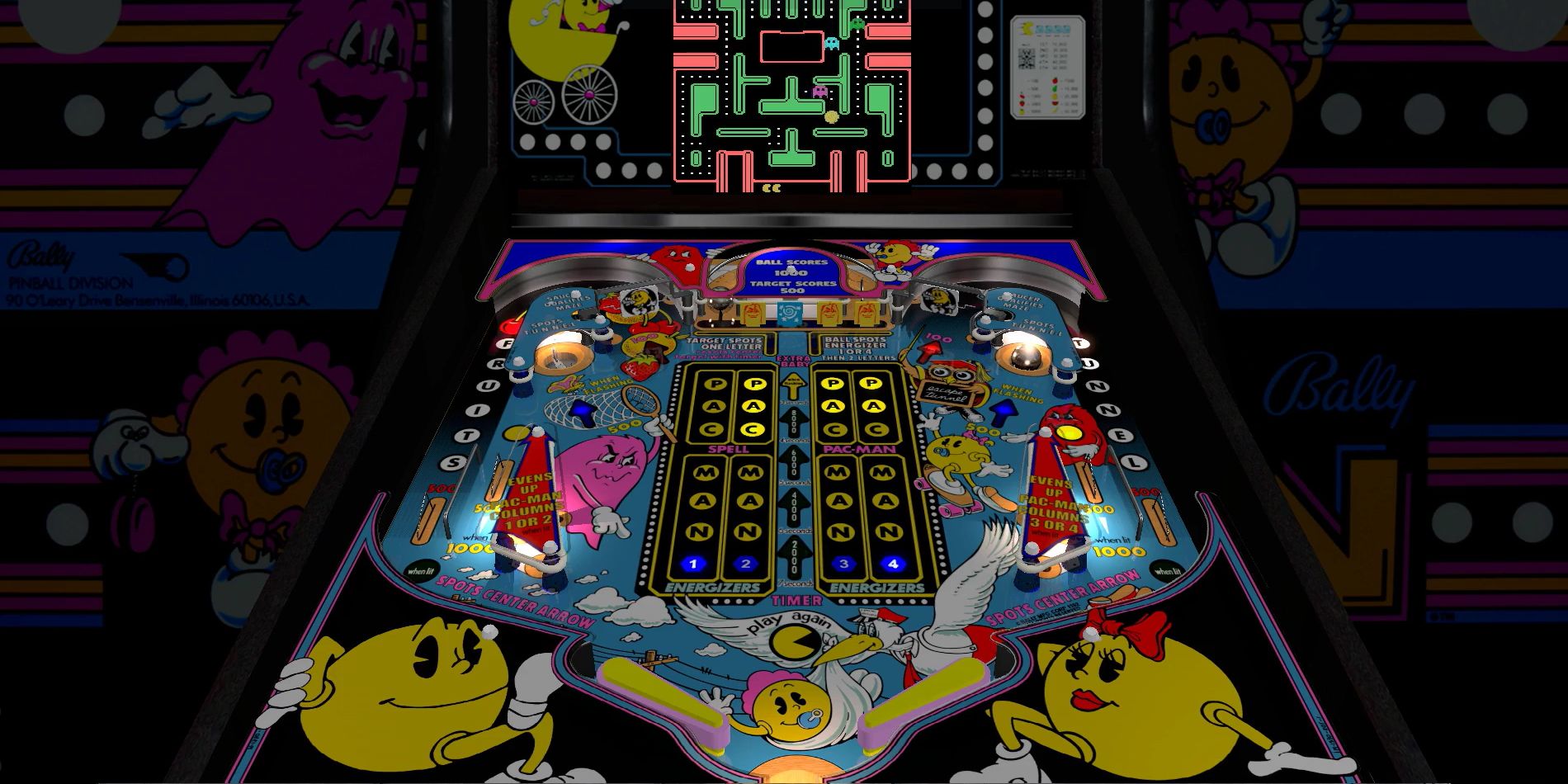 Ms Pac-Man is nearly as famous as her husband, but their child gets significantly less attention. However, Baby Pac-Man isn’t just relegated to being a side character in Pac-Man 2. She did, in fact, have her own game. Not only that, but it was a super interesting pinball and arcade game hybrid.

In Baby Pac-Man, you will split your attention between playing good ol’ fashioned pinball and playing a simplified version of Pac-Man. You transition between the two by hitting certain targets while playing pinball (that will lock your ball in place and transition you into a game of Pac-Man) and using one of the tunnels in Pac-Man (which will release your ball and transition you back into playing pinball). Admirably, it's clear that Pac-Man’s daughter wasn’t happy to just follow in her father’s footsteps, instead, she tried doing her own thing. 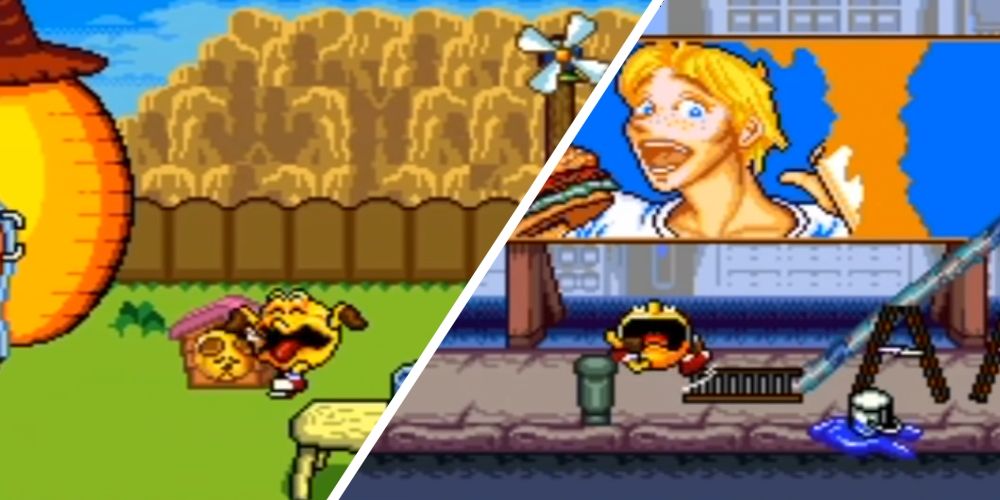 When people think of Pac-Man they probably think of him traversing mazes. One thing they almost certainly do not envision is him doing chores and being harassed in the process by an unseen person with a slingshot. Yet that is exactly what you do in this offbeat sequel to the arcade classic.

In Pac-Man 2 you have to guide Pac-Man. Your primary means of interacting with the world is the aforementioned slingshot. More often than not, it is used to harass poor Pac-Man in order to solve puzzles. Bizarre? Yes. But, undeniably, causing havoc (and watching Pac-Man deal with the fallout) is the most charming feature of the game. 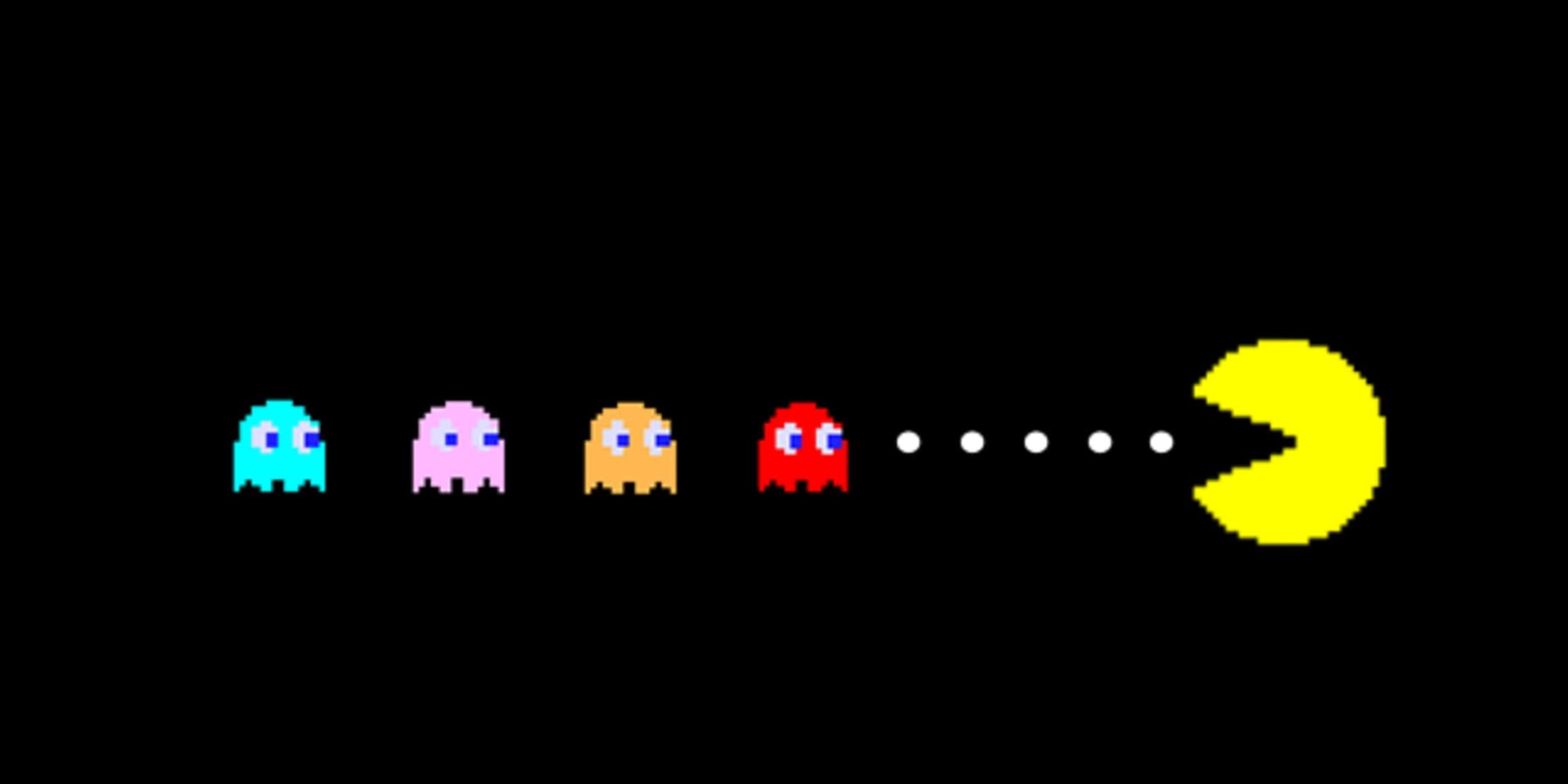 The ghosts in Pac-Man have two phases. In one phase they actively pursue Pac-Man and in the other phase they disengage (this phase is much shorter than the other). The ghosts will alternate between these two phases, however, after four rotations they will lock into pursuing Pac-Man.

When they aren’t chasing down Pac-Man, the ghosts will always move towards the corners of the map (each ghost has a designated corner). One more fun thing, the ghosts can only turn around when they switch between these two phases and when Pac-Man eats a power pellet. The better you understand the ghosts, the better you will be able to avoid them.

4
The Original Design Comes From A Pizza 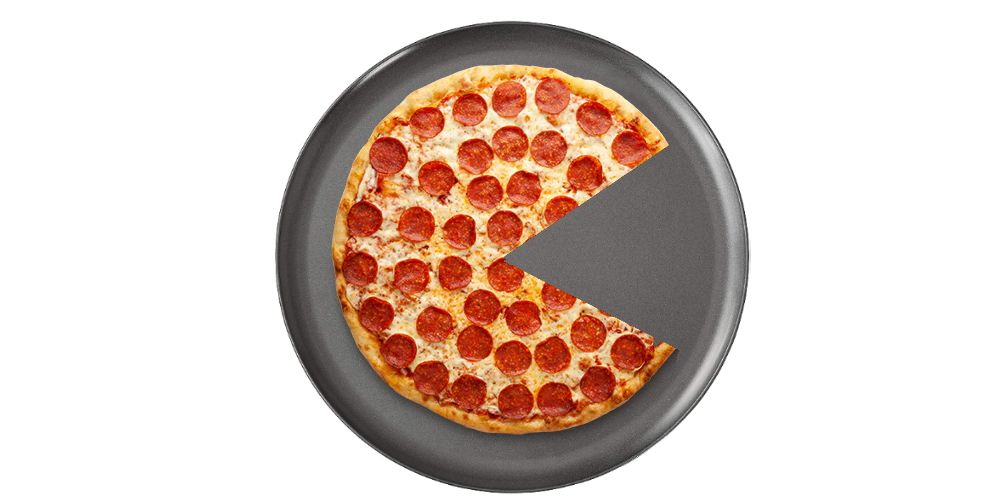 When a design is as simple as Pac-Man’s, you may begin to see it everywhere. If you have ever seen Pac-Man in your pizza, after having removed the first piece, you are not the only one. In fact, Iwatani saw the exact same thing.

According to Iwatani, the original design for Pac-Man originated from a pizza with one slice removed (keeping the character design in line with the heavy food theming of Pac-Man). Chances are you are going to struggle to not see Pac-Man in your pizza from here on out.

3
Pac-Man Had A Song On The Charts 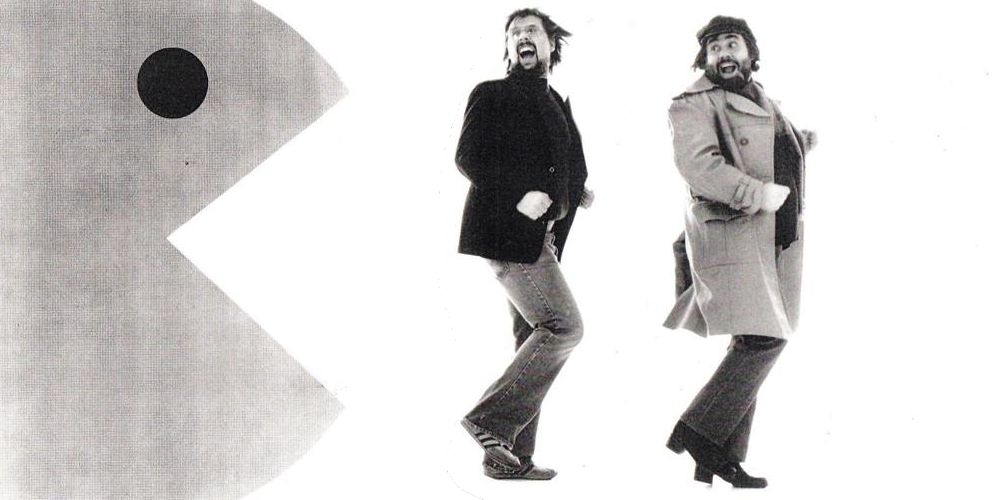 There are plenty of great video game songs, but most of those are made for games, not inspired by them (and very few of them chart). Buckner and Garcia wrote a song based on Pac-Man titled Pac-Man Fever. More surprisingly, it was a hit. Very briefly, during the spring of 1982, Pac-Man Fever was a top ten hit on the US Billboard Top 100.

This song is loaded with samples from the game and features a number of lyrics that directly reference Pac-Man gameplay (though it doesn’t provide the best advice). Buckner and Garcia weren’t through with songs based on arcade titles, though. In fact, every song on their debut album (titled Pac-Man Fever) is based on a different game. Try as they might, Pac-Man Fever was their only big hit. However, this deeply strange album is absolutely worth a listen. 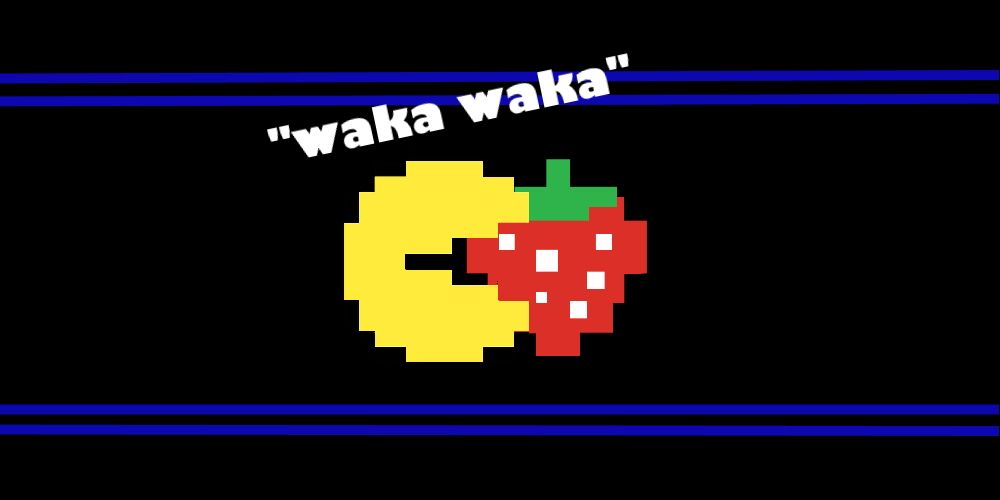 If there is one element of Pac-Man that is nearly as iconic as his design, it is the sound he makes as he gobbles dots. The iconic wakka-wakka sound effect was created by Toshio Kai. Toshio Kai was instructed by Iwatani to create a sound effect that was able to mimic the sound of eating.

In order to demonstrate this, Iwatani reportedly loudly ate fruit in front of Kai. The iconic wakka-wakka sound players eventually received in Pac-Man is the end result of, what was almost certainly, one of the oddest design sessions of Toshio Kai’s life.

1
Pac-Man Was A Kamen Rider Villain 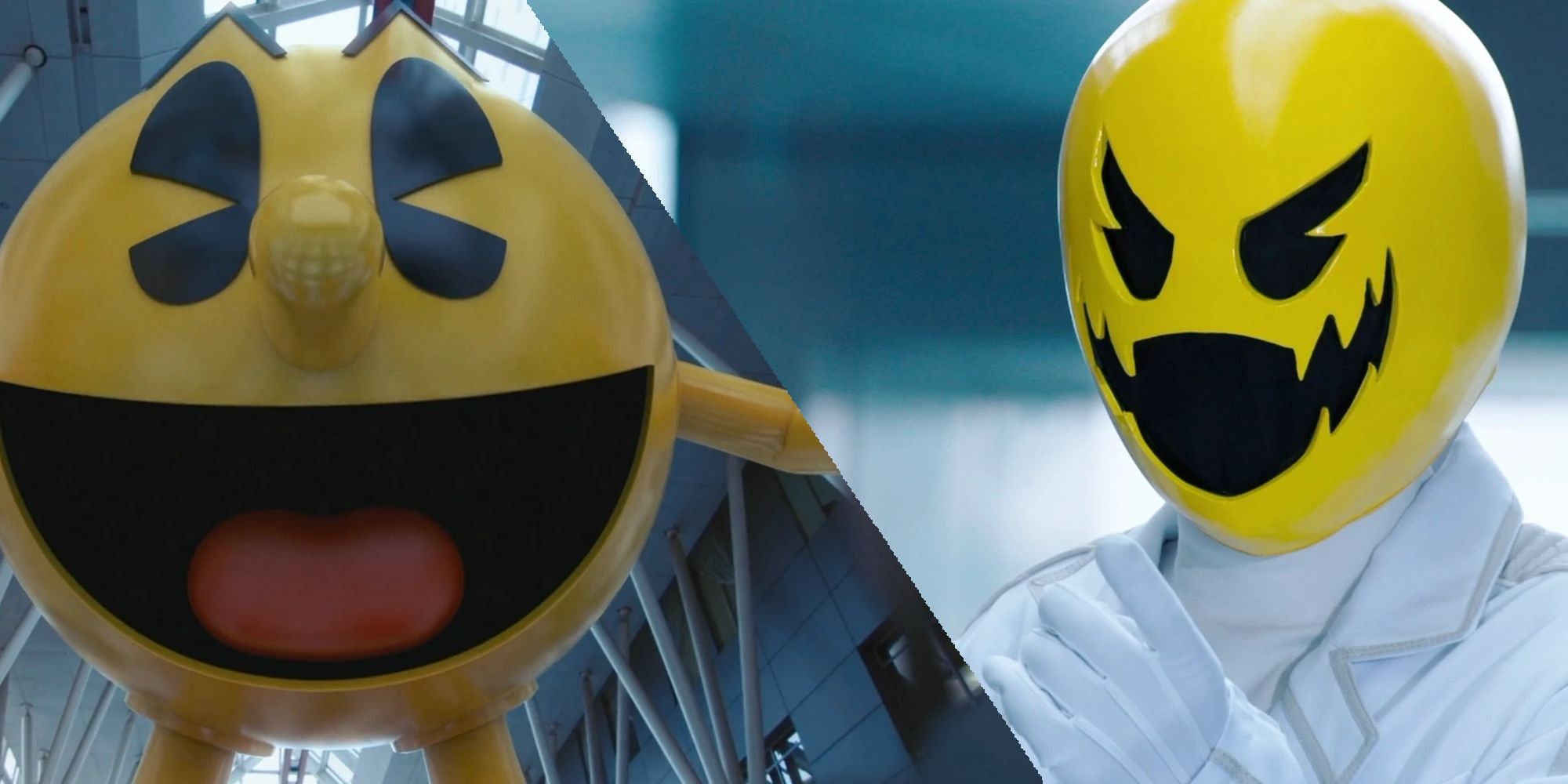 Did you know that Pac-Man received his doctorate? Well, in the Kamen Rider universe he did. Dr Pac-Man is the primary antagonist in Kamen Rider Heisei Generations: Dr Pac-Man vs. Ex-Aid & Ghost with Legend Riders. Dr Pacman used the Pac-Man viruses to infect people with Pac-Man fever.

Ultimately, it is revealed that Dr Pac-Man is simply an alias (though he is a real doctor). Soon after, he summons the real Pac-Man. This giant version of Pac-Man has been corrupted. Thankfully, the Kamen Riders (there are many of them) are able to remove the virus with the powerful Double Rider Kick while inside Pac-Man.

This is all canon, by the way. This fever dream of a film will have you furrowing your brow frequently, but fans of Pac-Man should probably give it a shot anyway. It is a unique experience.