Home » News » 10 Best Forms In Nobody Saves The World

10 Best Forms In Nobody Saves The World

Forms are the name of the dungeon-crawling game in Nobody Saves The World, allowing the titular Nobody to magically morph into different people, animals, and, uh, an egg.

One of the most interesting things about Nobody's forms is that most of the abilities can actually be transferred to one another, both with passive and active abilities. This makes each form extremely customisable and means that it's likely that no two players will have the same experience.

Even with this level of customization, the fact remains that there are some forms in Nobody that are simply better than others. We'll be judging this based on each form's signature attack, which can't be given to other forms, and the abilities that are originally attributed to them. Sure, everyone can use the Egg's health regeneration, but the Egg did it before it was cool. 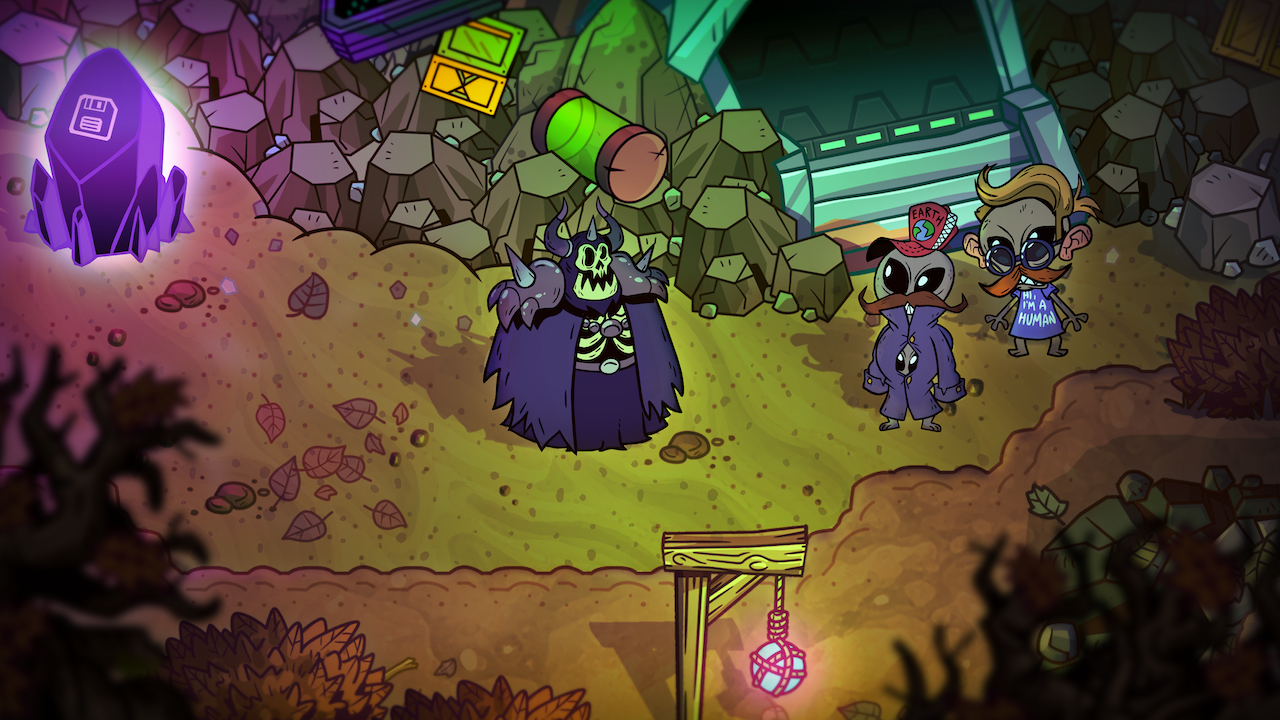 The Necromancer is a late-game form that lets Nobody cosplay as Emperor Palpatine and shoot lightning out of his fingers as his primary attack. Alongside that, the Necromancer can also use raise dead bodies to become demon minions that will attack anything in sight.

The lightning attack is cool in its own right, but it's raising the dead that really sets the Necromancer apart. A few other forms on the list can also raise familiars, but the Necromancer comes with a passive ability that lets it heal them by dealing damage. This means that if you've got a good number of familiars, you can keep them for longer than one combat encounter.

The only issue with the Necromancer is how late he's introduced into the game and the effort that goes into unlocking him, which makes him feel like more work than some of the other forms here. 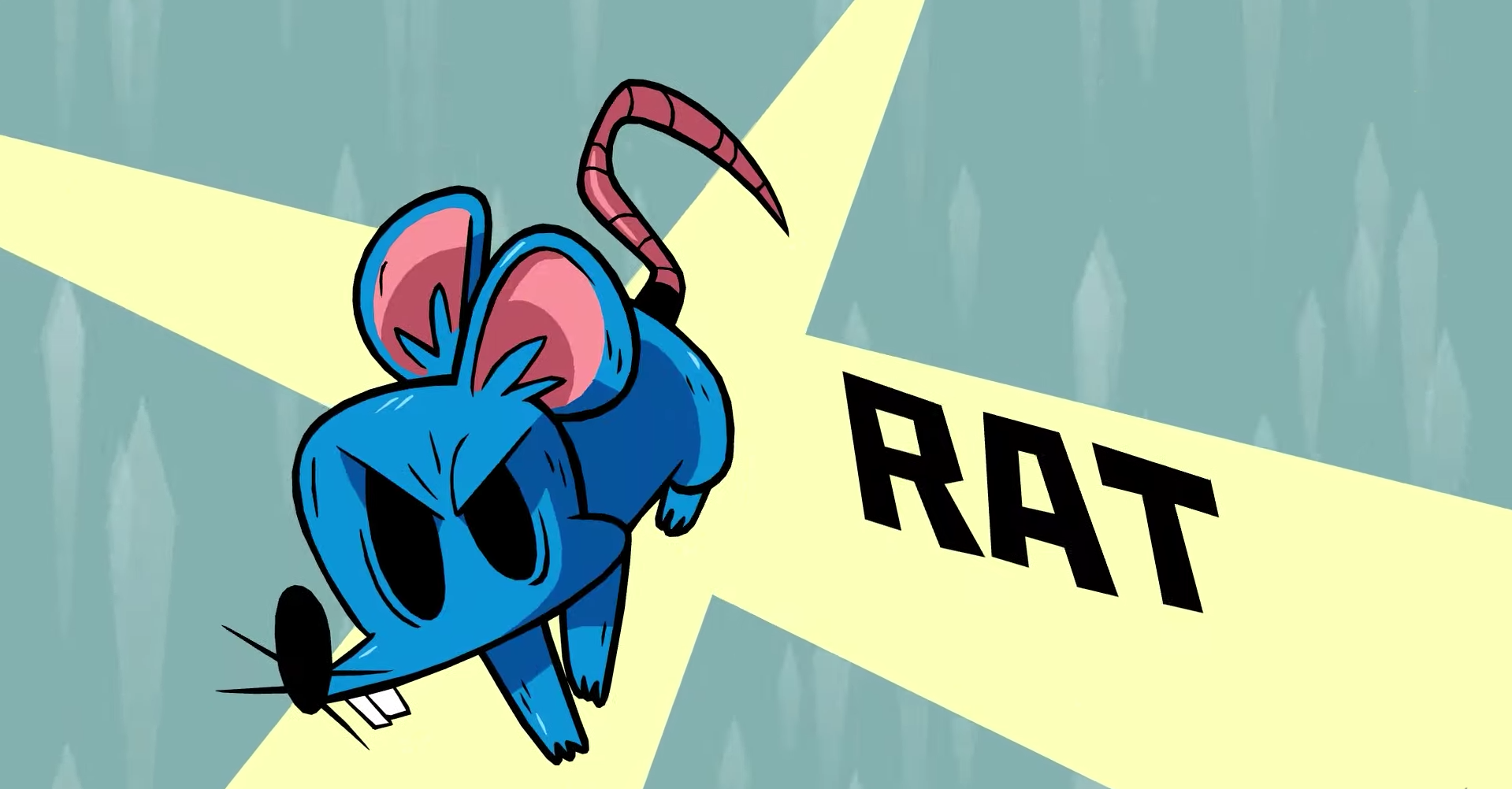 Just because a form is your first, doesn't mean that it gets overshadowed. You'll unlock the Rat very early on in Nobody Saves The World, but its unique traversal ability and special moves are useful for the rest of the game

For starters, the Rat is the only form that can squeeze through tight gaps, making it the only form in the game with traversal completely unique to them. It also comes with the ability to detonate poisoned enemies, which can be incredibly powerful if used against multiple enemies at once. The Rat loses a few places for being a bit weaker than the rest of the cast, but the trade-off for poison damage is usually well worth it. 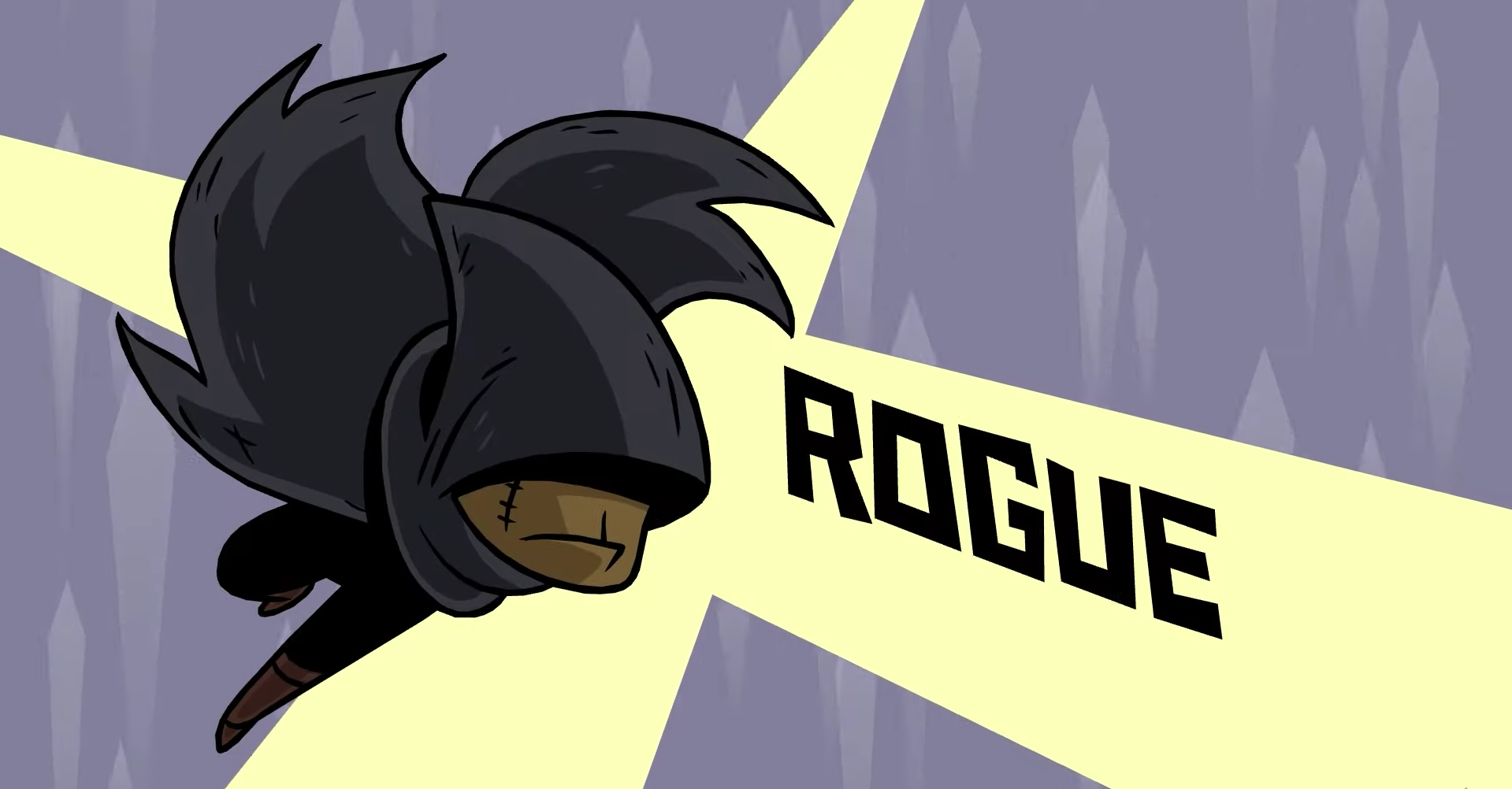 We've had rats and necromancers, but it's time to go a bit more traditional – it is a dungeon-crawler, after all. This is even more true if that Rogue has an incredibly strong projectile game and stealth abilities.

Keep tapping the attack button and you'll see a constant flurry of knives that deal high damage and can even be held down to have one much stronger knife. This signature attack is what makes the Rogue such a strong choice, although its ability to cloak and deal critical damage from behind isn't bad either. Similarly to the Necromancer, the only issue here is how long it takes to get access to the Rogue. 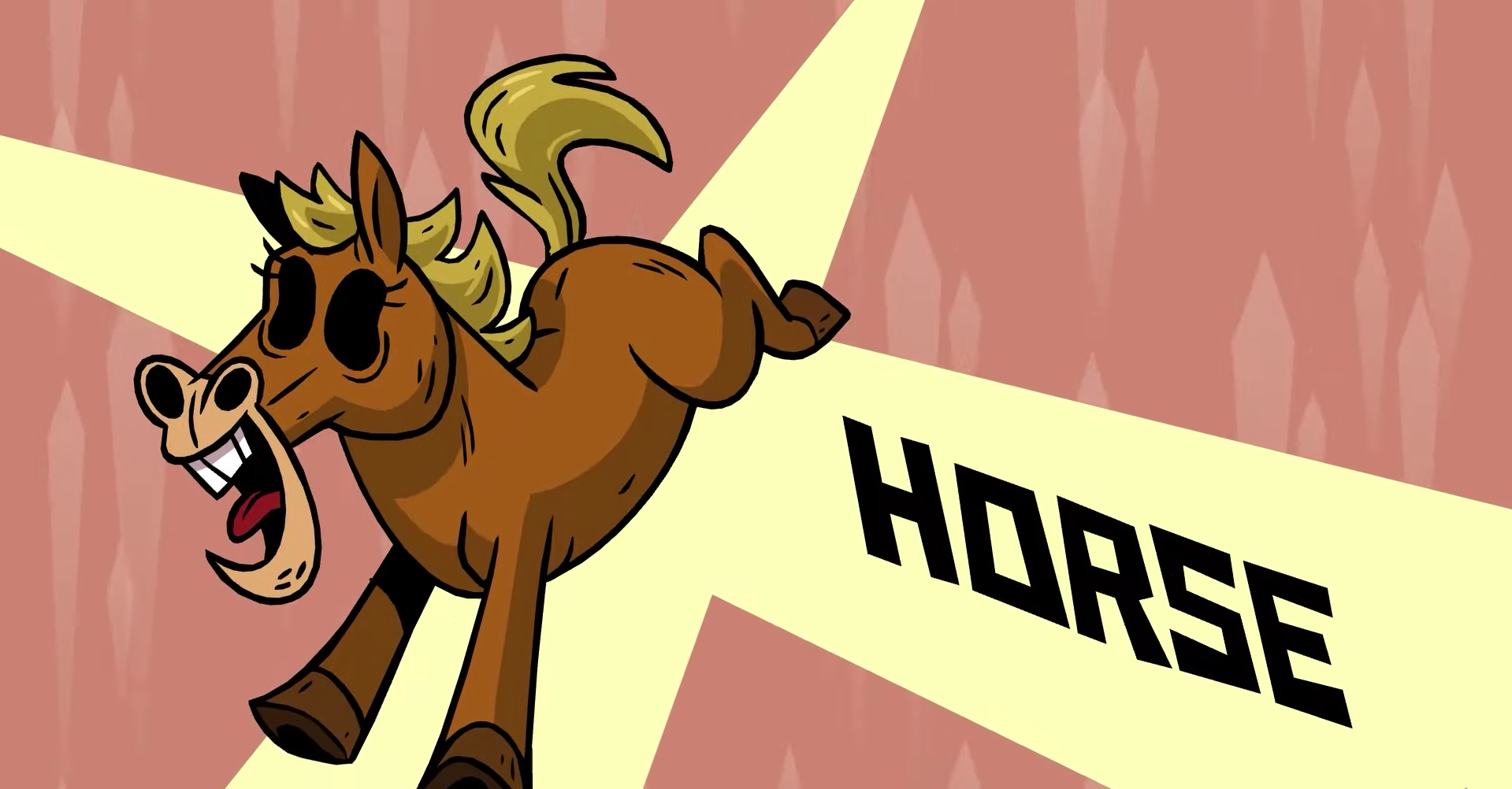 One of the most reliable early-game forms is the Horse and it's shotgun-esque back-kick.

You'll gain access to the Horse relatively early on and it's a strong choice thanks to its signature attack. Although it being a back-kick means you'll have to be positioning yourself right to hit enemies, it's one of the stronger attacks in the game and can hit crowds of enemies. Its Gallop ability can also be handy for quickly building up status effects or breaking wards.

The Horse is also one of the only forms with a speed that doesn't feel like you're moving through honey, which makes it invaluable for getting around, even in the late-game. 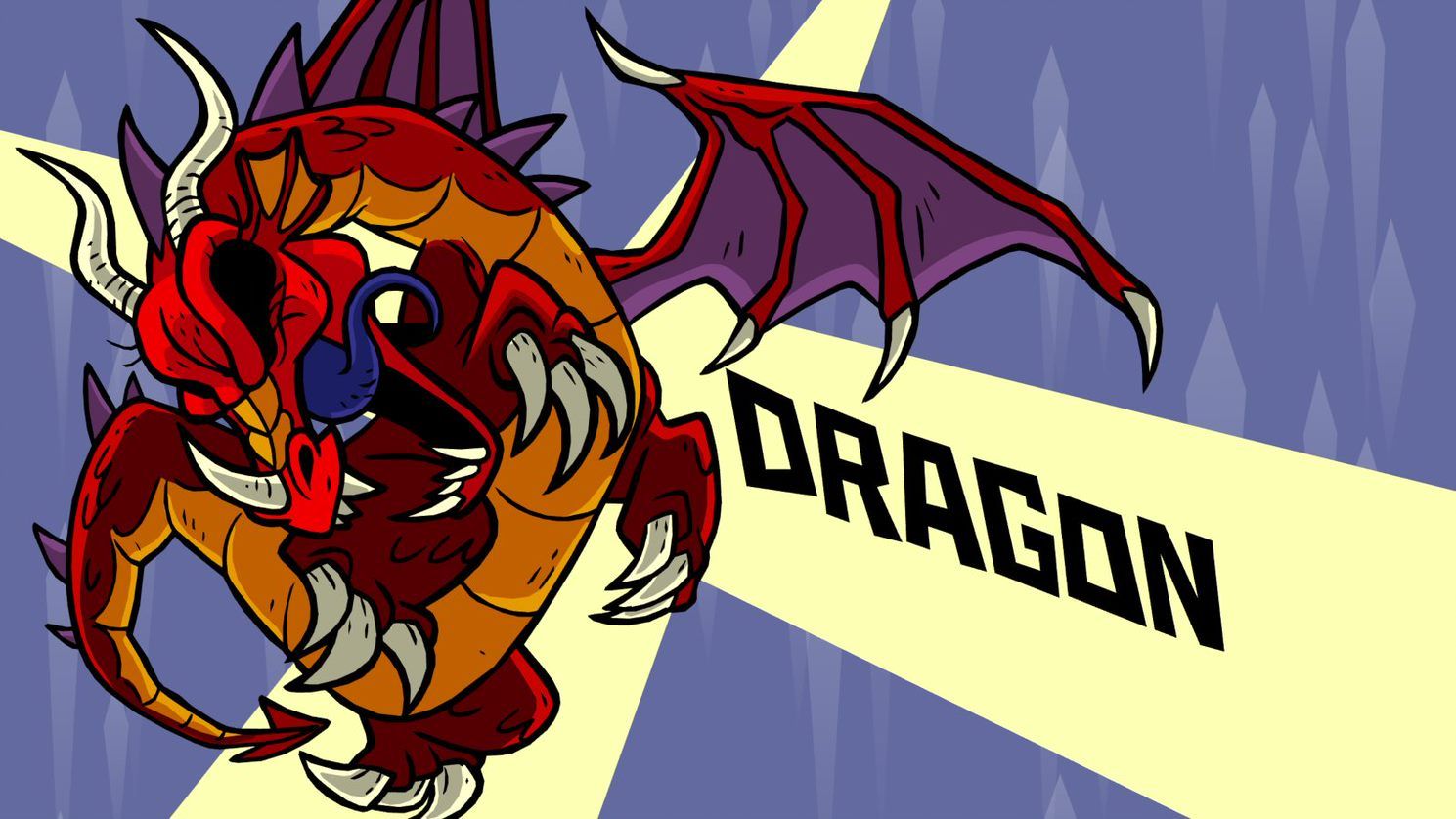 Nobody Saves The World's final form is definitely its coolest looking, but that doesn't mean that it's the best. That's right, despite how much hard work goes into unlocking the Dragon, and the fact you'll need to have levelled up every single form in the game, the Dragon lands close to the middle of this list.

On paper, the Dragon has a ton of strengths, such as high health, being able to fly over water, and its fire-breathing ability. As great as all of those are, it has a relatively weak signature attack and comes so late in the game that it's instantly overshadowed by other forms. At least it makes Nobody look a little cooler. 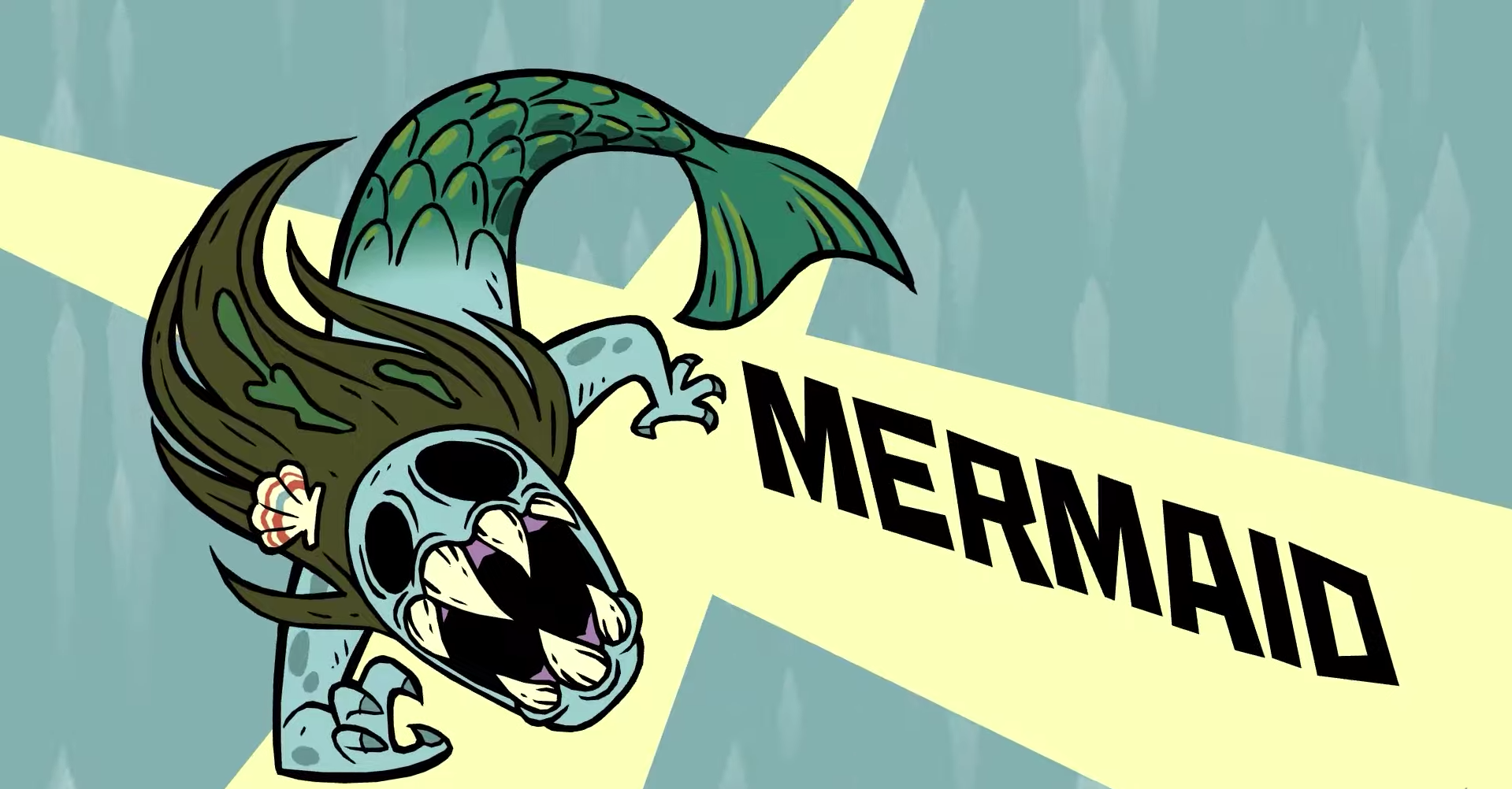 There are a only a few forms in Nobody that can traverse in water and the Mermaid is by far the best choice. Sorry Turtle, you're not even close.

The main reasoning for this is the Mermaid's signature attack, which is a water bubble projectile. Compare this to the Turtle's spinning move that needs to be at a close-range and charged up and it's clear that the Mermaid comes out on top. The Mermaid is also much faster in the water than anyone else and is unlocked at the same time as the Turtle, almost instantly invalidating the poor shelly guy. 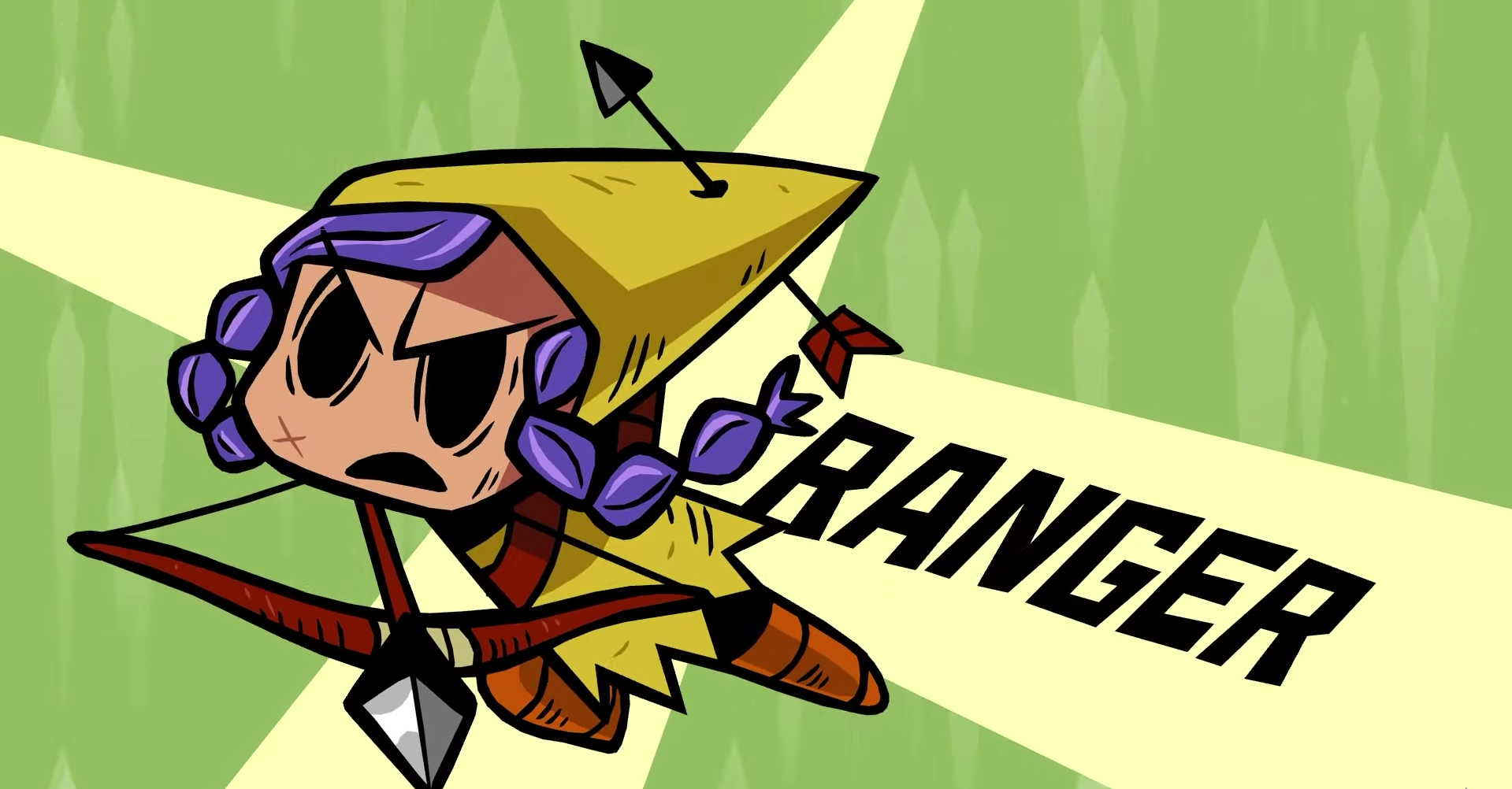 We're getting to the top-tier choices now. The Ranger is an early-game form that never loses its strengths and is absolutely invaluable in some of the trickier mid-game dungeons.

As you'd expect, the Ranger is all about ranged combat, and there's no other form that does it quite as well. Not only does the Ranger use arrows as her signature attack, but she also has a special move that unleashes a flurry of arrows. You also unlock the ability to dodge with the Ranger, which is one of the best ways to deal sharp damage and doesn't even cost any mana. 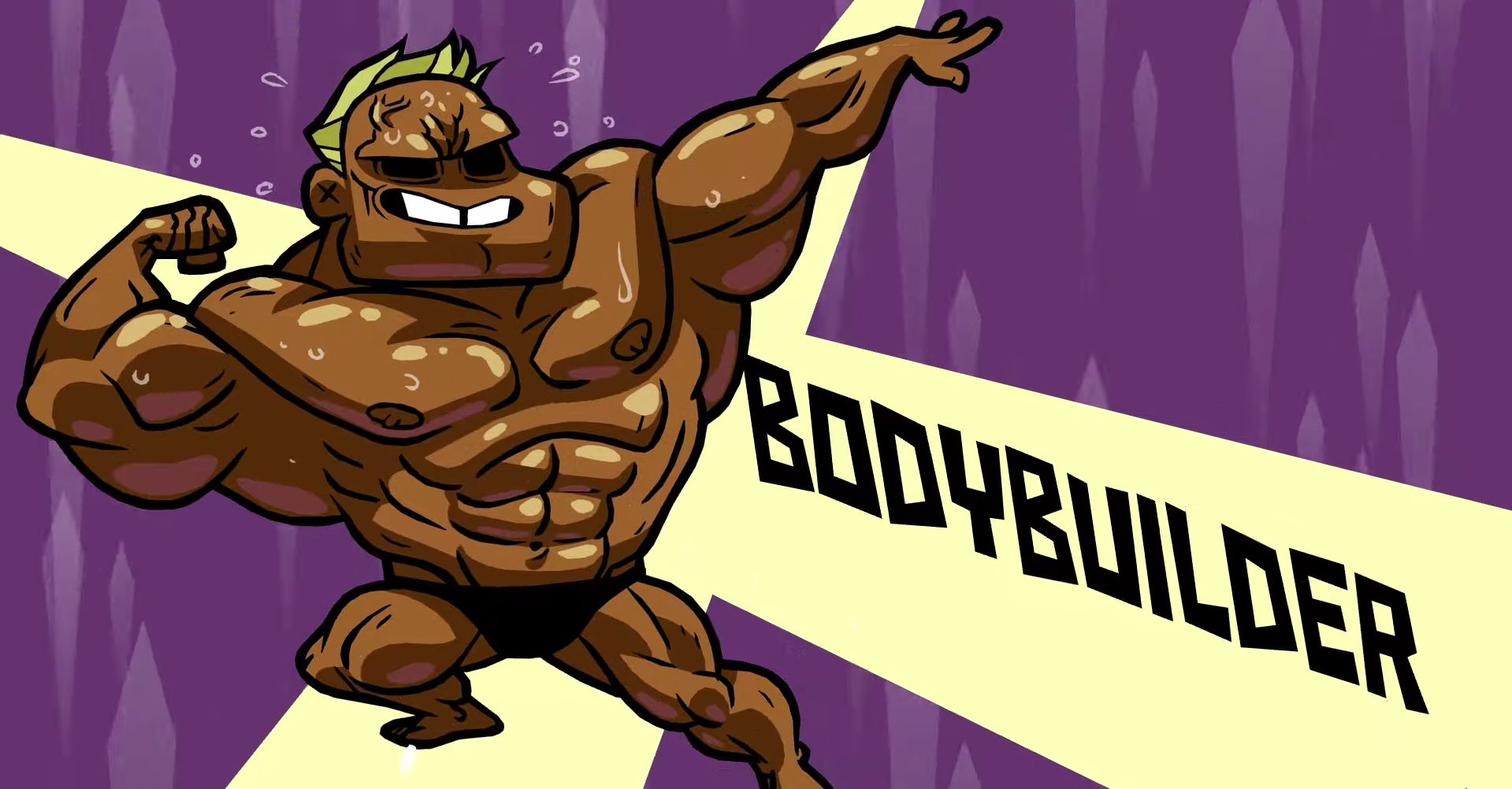 As you can probably imagine, the Bodybuilder is such a strong (pun intended) choice because of how powerful he is.

There's no other character on the roster that hits quite as hard as the Bodybuilder. Not only is the barbell attack like a shotgun blast, but it also deals knockback damage and hits far and wide. Some of the Bodybuilders active and passive abilities can be helpful, like applying a strength buff, but it's really all about the signature attack and how it can decimate crowds of enemies. 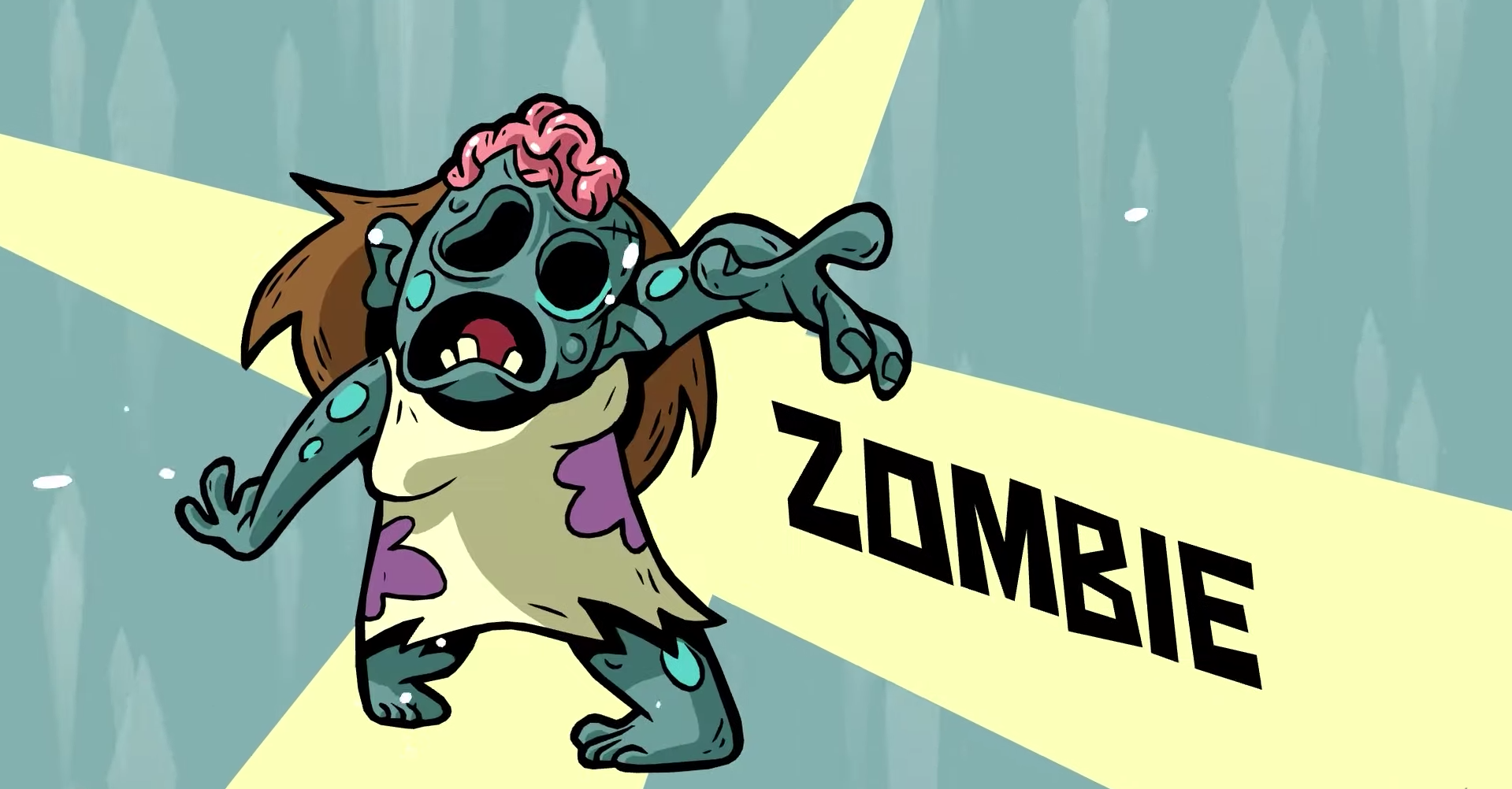 The Zombie is a perfect example of a glass cannon. Although the form constantly takes damage when you're using it, it can restore health by attacking and bite enemies to also turn them into zombies.

The constant health loss is the only thing that holds the Zombie back, but its passive ability to regain health through attacking is one of the game's best abilities, and being able to bite enemies and raise an army of the dead is incredibly powerful. The Zombie is everything the Necromancer didn't have the courage to be. 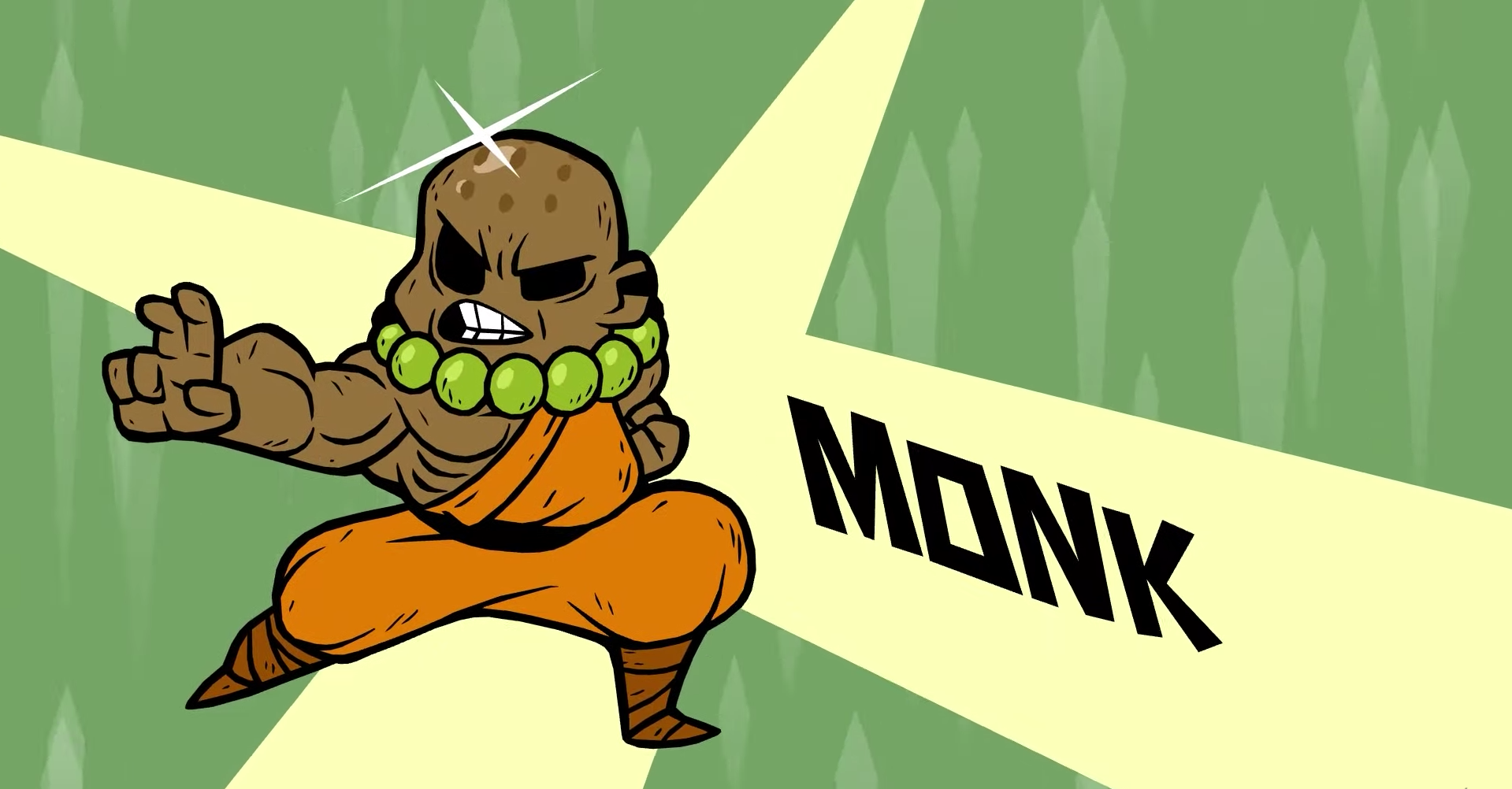 There is no other form in Nobody Saves The World that is as good as the Monk. In fact, it doesn't even really come close.

Every element of the Monk is strong. It's nearly as fast as the Horse, has a signature attack that is nearly as strong as the Bodybuilder, and has some of the best passive and active abilities in the whole game. Being able to deal constant chip damage through the Holy Light move is incredibly powerful, especially when combined with the best healing move in the game.

Oh, and if you hit the Monk, there's a chance you'll get hit with lightning. Is there anything he can't do?