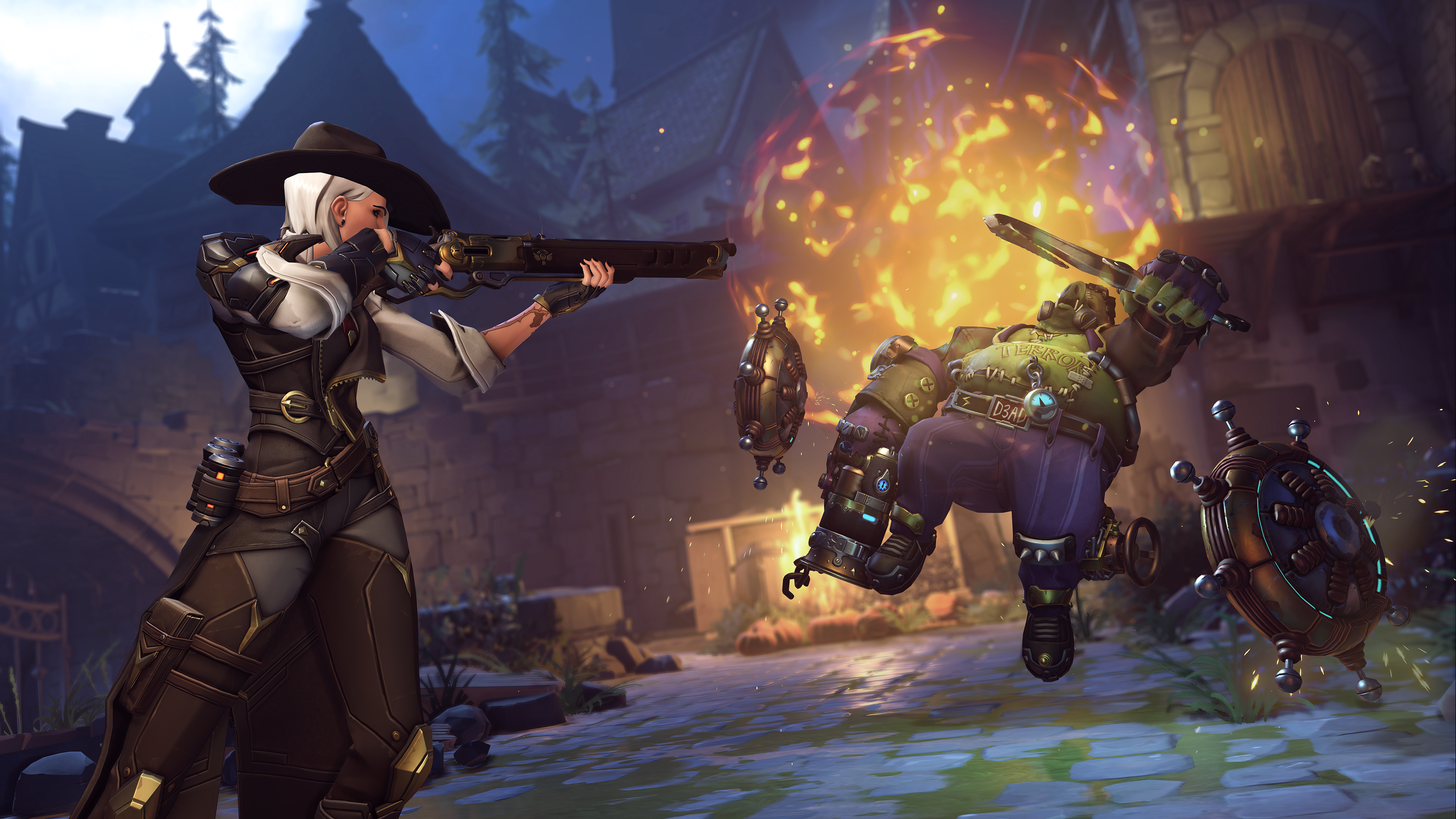 The 2020 Halloween Terror event is now live and will run from Oct. 13 to Nov. 3, giving players three whole weeks to earn new rewards and exclusive skins. This year, Junkenstein’s Revenge also gets a few new challenge missions to spice up the mode.

With every Overwatch event comes weekly challenges where players can earn exclusive Epic skins by racking up wins in arcade, quick play, or competitive. During the Halloween Terror event, fans can earn three spooky skins over the course of the holiday.

From Oct. 13 to 20, players can earn the ghostly Fantasma Sombra skin. Stone Brigitte, which gives the healer a magma makeover, can be acquired from Oct. 20 to 27. The final challenge skin is Ragdoll Echo, a genuinely terrifying reskin that turns the aerial DPS into a haunted doll. That last challenge runs from Oct. 27 to the event’s end date, Nov. 3. 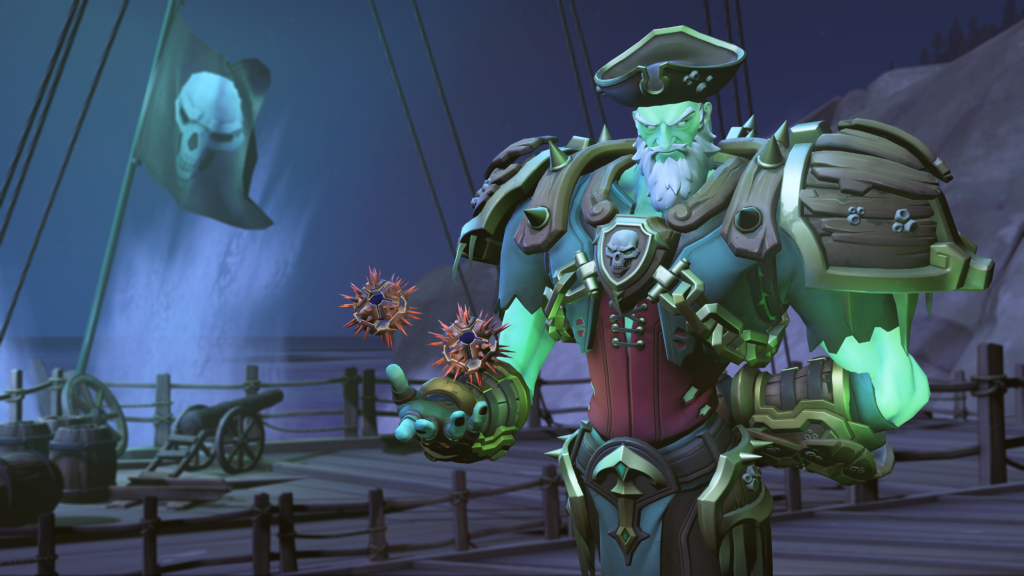 Along with the three Epic challenge skins, the 2020 Halloween Terror event offers five new Legendary skins for fans to scoop up. These skins can be found in Halloween Terror loot boxes or purchased with 3,000 gold.

Shin-Ryeong D.Va, which gives the tank the look of an ancient spirit, was the first skin from this event announced by the Overwatch team. She’s joined by Flying Dutchman Sigma and Werewolf Winston, completing the spooky tank trifecta for the year.

The Shimada brothers get coordinating skins based on spirits from ancient Japanese folklore. Dai-Tengu Hanzo turns the elder brother into a mountain-dwelling spirit painted in red. Karasu-Tengu Genji gives the DPS the guise of a crow, mimicking the bird spirit from which the skin is inspired.

The highlight of the Halloween Terror event is always the opportunity to gather friends and play Junkenstein’s Revenge, the player-vs-environment challenge to eliminate bosses gathered by Dr. Junkenstein, Junkrat’s medieval alter ego.

The rest of the Overwatch cast is given titles and personas that reflect the medieval setting of the “spooky” tale. This year, Ashe (The Outlaw) and Baptiste (The Renegade) will join the event as character selection options in standard mode.

To spice up the popular event, Overwatch will introduce two “challenge” missions of Junkenstein’s Revenge each week. Each challenge will include unique buffs to the enemy or player. Some challenges include “Vengeful Ghost,” in which a ghost chases players around as they defeat enemies, or “Three They Were,” which allows only three players to enter the event with boosted damage.

Other challenges give the zombie robots, or Zomnics, increased movement speed or explosive damage buffs. A challenge in the final week, “Mystery Swap,” says that heroes will be “periodically randomized” during the event. If you’re a fan of absolute chaos, that challenge might be for you.

The Overwatch Halloween Terror event runs from Oct. 13 to Nov. 3. As a bonus, players on the Nintendo Switch can try a free trial of Overwatch from Oct. 13 to 20 to celebrate the game’s anniversary on the platform.

Related posts:
Hot News
Why There Hasn’t Been A Kadabra Pokemon Card For Almost 20 Years
Is The Rock Getting A Fortnite Skin?
Saudi Prince Allegedly Responsible For Death Of Journalist Now Owns SNK
Marvel's Spider-Man: Miles Morales Update Tackles Stability Issues
Here’s How You Can Get Started For The New Gamemaster Month Program On January 5
Recent Posts
This website uses cookies to improve your user experience and to provide you with advertisements that are relevant to your interests. By continuing to browse the site you are agreeing to our use of cookies.Ok