One woman has accused popular Minecraft streamer Carson “CallmeCarson” King of “grooming” her when she was 17. For those unfamiliar with the term grooming, it’s essentially an adult preparing a minor to meet in-person from an inappropriate online relationship or to form a sexual relationship in general. It also seems like this Twitter accuser was hardly the only victim.

Daniel “KEEMSTAR” Keem posted an interview with two Lunch Club members, Traves and Hugbox, on his popular #DramaAlert show. The two told KEEMSTAR that Carson told them he was having sex with underage girls. (Lunch Club is a Minecraft YouTube group.) 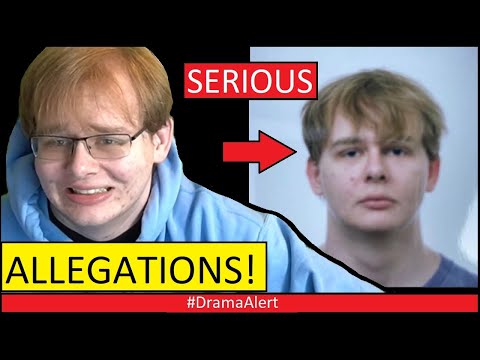 “One day in March, he [Carson] called me, and I picked up the phone and he said, ‘I have to tell you something,’” Hugbox said in the interview. “He revealed that he had f***ed underage girls, and I think that he said that they were fans. That was what I was told.”

Granted, at this point, it’s just hearsay, but then one young woman came forward on Twitter. Her Twitter handle is @miniborb, but she’s also known as Sam (unsure if that’s a nickname, a fake name, or her real name). She claims that she was “groomed by Carson” when she “was still 17 and in high school.”

To further back up her allegations, she shared Discord messages (where she goes by “gorl”) she had with Carson back then. Please be advised that this could be triggering for some.

Even if we forget the hearsay, none of this looks good for Carson. It’s only gotten worse since former Lunch Club member Charlie “Slimecicle” Dalgleish announced that he reported Carson to federal law enforcement last year.

“In an early 2020 phone call, Carson told all the Lunch Club members and our group manager that he had exchanged nudes with an unnamed girl he believed to be 17,” Slimecicle said. Slimecicle added that he immediately reported the information to authorities and cut all ties with both Carson and the Lunch Club.

“For all those asking why I did not speak publicly about these issues at the time — this is not drama, this is an alleged federal felony involving a child,” he continued. “A crime should be treated as a crime. If you or any loved one is ever in a similar situation, I strongly encourage you to take similar actions and report it to the relevant authorities.”

Slimcicle is right about one thing for sure — if the Lunch Club learned about Carson grooming an underage woman back in March, why did they wait nearly a year to talk about it or even report it?

As of this writing, Carson has not responded to any comments or told his side of the story.